Each day, a typical person generates over 4 pounds of waste. Over half ends up at the dump. Future anthropologists will learn a lot about the millennial world from its landfills. In 500 years, disposable diapers will just be starting to decompose, and the remains of today’s plastic bags will still be present twice as far in the future! Long as it sounds, that’s a blink of an eye in trash history. Styrofoam and glass are projected to last for over a million years. 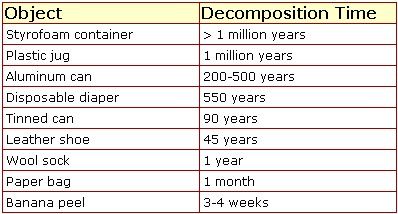 Besides preserving humanity’s leftovers for generations to come, landfills are sinks for valuable resources. Between 1993 and 2003, we scrapped over $12 billion in aluminum cans. Recycled, the average can is reusable within 6 weeks, but once it hits a landfill, it’s doomed to centuries of slow decay. Saving aluminum and other waste is an easy, satisfying way to make a significant contribution to our planet’s health. Before you send your used cans to their (hopefully not final) destination, give this fun, simple DIY experiment a try. All you need is an empty soda can, a stove or hot plate, tongs, and a container of cool water. 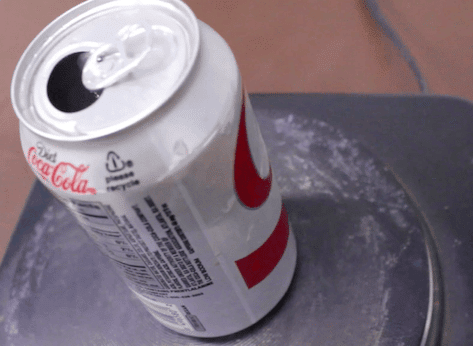 Add water to a soda can until it just barely covers the bottom, then bring it to a boil. As the water evaporates, the air in the can expands due to its high temperature. The gas expands so much that some is pushed out of the container along with steam from the boiling liquid. Carefully, using tongs, pick up the can and invert it into the second container. The cool water causes the temperature in the can to drop dramatically. Cooled gas molecules inside the can exert less pressure on its walls as they slow down and condense. Atmospheric pressure compensates for the partial vacuum by crushing the can!