What is a CCD Telescope?

During our Space Night, you’ll eventually find yourself in an area with tools that allow you to look at the beautiful night sky. Each station has its own set of binoculars, Dobsonian telescope, and either a Celestron or Meade telescope mounted on an electric motor. But in the center of the telescope area sits another type of telescope. This telescope has the ability to take images of objects that are too dim for our eyes to see. This is our CCD telescope! 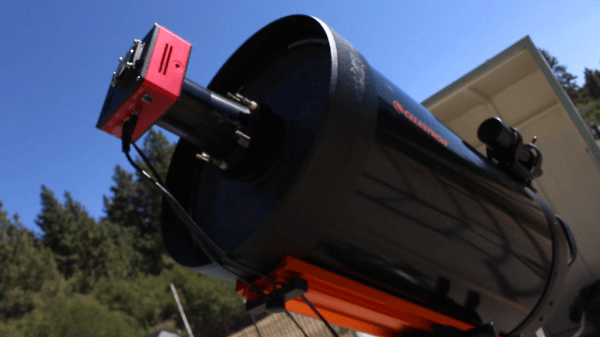 At first glance, there’s not much different about it. It’s a little bigger, its mount is different than the others, but instead of an eyepiece attached to the end of it, there is a special camera mounted to the front. This camera has computer cables that allow it to be controlled by a special laptop, and it can take photos of very dim space objects. 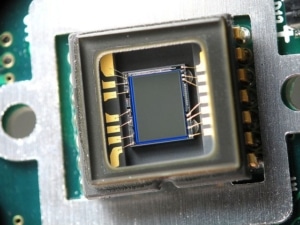 The CCD chip is a very sensitive device. It can count individual photons (particles of light) as they hit the sensor and then convert them into electrons. The more a particular area is struck by photons, the more electrons it will generate. This electrical signal is what gives us our image.
While looking through a telescope with an eyepiece, our eyeballs are doing the equivalent of taking many images every second. The telescope helps us see dimmer objects than we’d normally perceive, but there’s nothing we can do about taking longer exposures with our eyes. The CCD camera changes that. It can keep its sensors on for a long amount of time, gathering and collecting light for thousands of times greater than our eyes can. 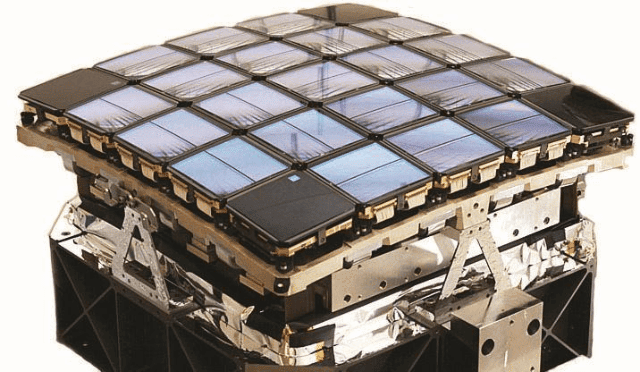 The CCD onboard the Kepler Space Telescope. Credit: NASA

These telescopes are used all around the world by amateur and professional astronomers. They can also be found beyond our planet in space telescopes like Hubble or Kepler! These devices allow us to view faraway objects and help us unravel the mysteries of our universe.
Written By: Scott Yarbrough