3 Things You Need to Know About the Eclipse

Solar eclipses occur on the Earth about once every 18 months. That might actually sound pretty frequent, but there is also a lot of Earth. The shadow path from an eclipse is about 70 miles wide, so if you were to camp out in a lawn chair and wait from one eclipse to another, it would take (on average) about 360 years! This technique for observing this phenomenon is not recommended.
However, if you are captivated by the idea of seeing a solar eclipse, it doesn’t have to be a once in a lifetime event if you are willing to do some travelling. The motions of the earth and the moon are very predictable, so scientists have already figured out when (and where) eclipses will be for a very long time. The map below is an example of these predictions. As you can see, North America will see its next solar eclipse in 2024! 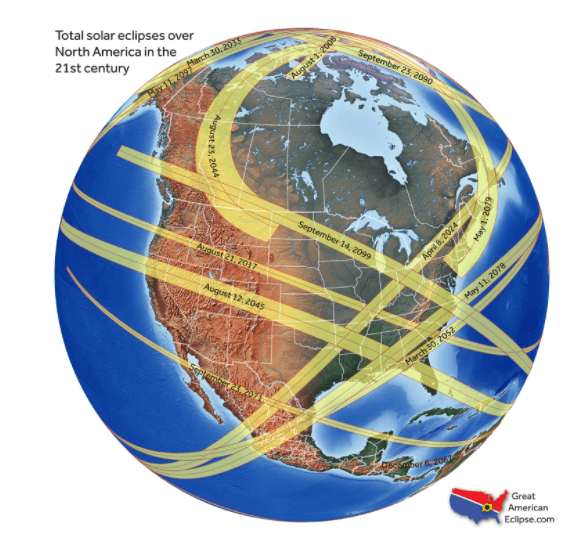 2. It’s not totally happening everywhere
This very much goes along with point number one. This particular eclipse will be sweeping the nation from Oregon to North Carolina. That path, known as the path of totality, is where the sun will appear to be completely covered but the moon. However, that doesn’t mean that if you are in another location like us, you’re totally out of luck. 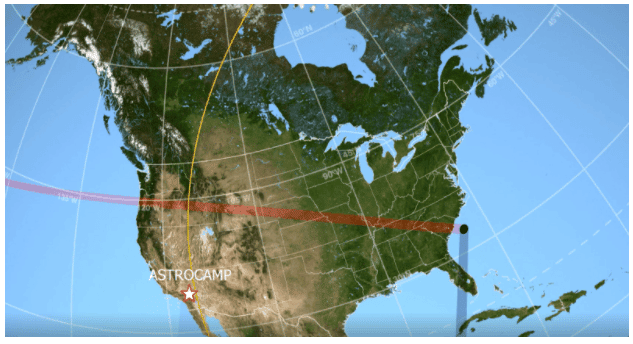 Other areas will be experiencing a partial eclipse during this time. interactive-map This awesome app will show you what you can expect from the eclipse in your location. At AstroCamp, we will definitely be checking out the eclipse even though we are almost 700 miles from the path. However, it’s important to have proper protections or techniques when viewing the eclipse, which brings us to point number 3.
The app linked above also has the time of the eclipse. At its longest, the eclipse will last 7 minutes, so don’t be late!
3.  The dangers of staring at the sun
You have probably heard that it’s not a good idea to stare at the sun. As you have probably noticed, the sun is very bright. Having the moon block out half or more of the sun may seem like it makes it safe to look at, but it doesn’t!
Eclipse glasses are a piece of safety equipment used to view the sun. These glasses block out 99.997% of the light from the sun to make it comfortable and safe to view. Wearing these glasses around in a brightly lit room, the wearer literally can’t see anything. They are close to being complete blindfolds, until the sun comes into view. This cannot be emphasized enough: without these glasses, you should not be looking at the sun!
If you don’t have these glasses, you are not out of ways to view the eclipse. Through a very simple crafts project, you can view a projection of the eclipse on the ground or another screen. All it takes is getting a piece of paper (construction paper works well as its a bit sturdier) and poking a hole through the center. Then, by angling the paper towards the sun and looking at the small point of light in the center, you can view a projection of what is going on with the sun and the moon.
Here in Idyllwild, the sun will be 62% covered. However, due to the sun’s immense brightness, it won’t look dark outside. In fact, if you were to look at the sun (DON’T), it wouldn’t look any different. If you want to see what is happening with the sun, strangely, the best thing to do is look down. Try to find and look at the shadows from any small openings, like a hole made with your fingers, or those made from the leaves on a tree, you will notice something interesting: All of the shadows have little eclipses in them! 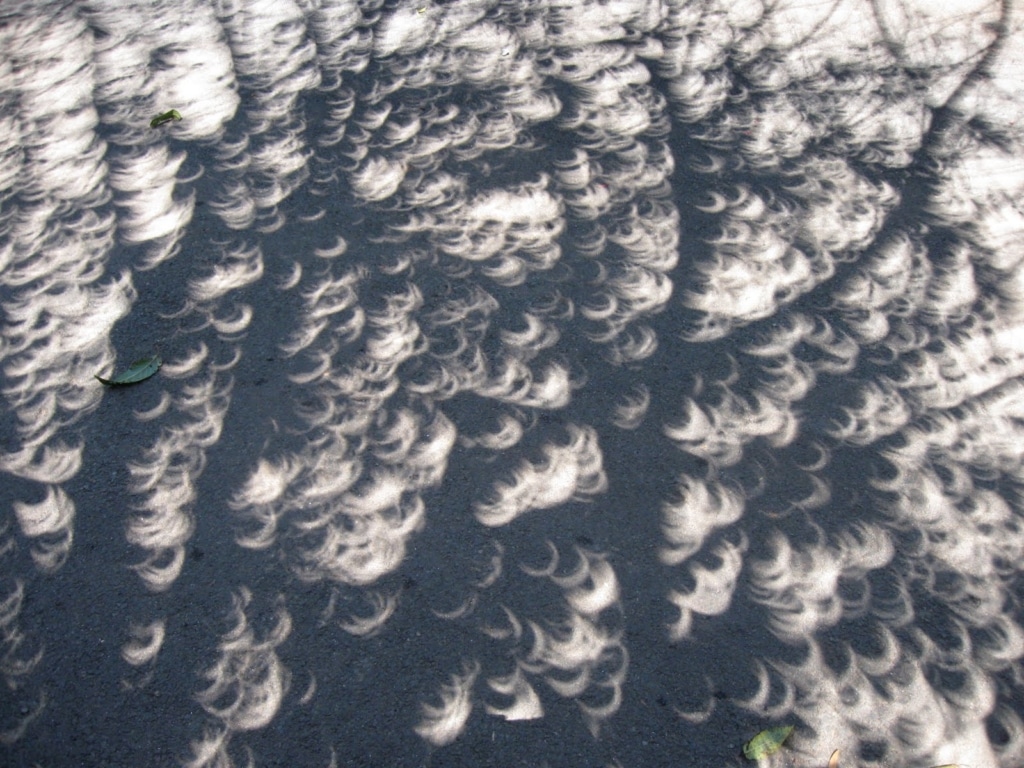