The Greatest Telescope That Almost Wasn’t

Why put a gigantic telescope in space? It’s a common misconception that Hubble was placed in orbit to be closer to the stars. Really, the difference in distance between our planet’s surface and low Earth orbit is negligible compared to how far away Hubble’s research targets are. The great advantage of a space telescope is its location outside of our atmosphere.
Light from faraway objects is distorted as it passes through the air on the way to ground-based telescopes. The universe looks much clearer with no atmosphere in the way. When Hubble launched in 1990 it was expected to deliver incredibly crisp images, 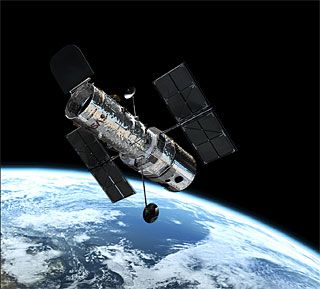 but the school-bus-sized satellite’s first pictures were blurry. Something had gone terribly wrong.
Painstaking analysis by engineers on the ground revealed the source of the blur: spherical aberration. Hubble’s massive primary mirror, supposedly the most precise optical device ever created, had been meticulously ground into slightly the wrong parabolic shape, the result of a faulty testing mechanism. The mirror was off by about 1/50th the width of a human hair– a tiny error with massive consequences.
With hefty research expectations, billions of dollars, and NASA’s reputation on the line, project scientists snapped into action. A backup version of the Wide Field Planetary Camera, the instrument that would go on to produce Hubble’s most iconic images, was retrofitted with corrective optics. An ingenious contraption of moving mirrors was devised to refocus light from the primary mirror as it entered four other detectors. All this was designed and assembled on the ground, 347 miles below the faulty hardware. The math had to be perfect. 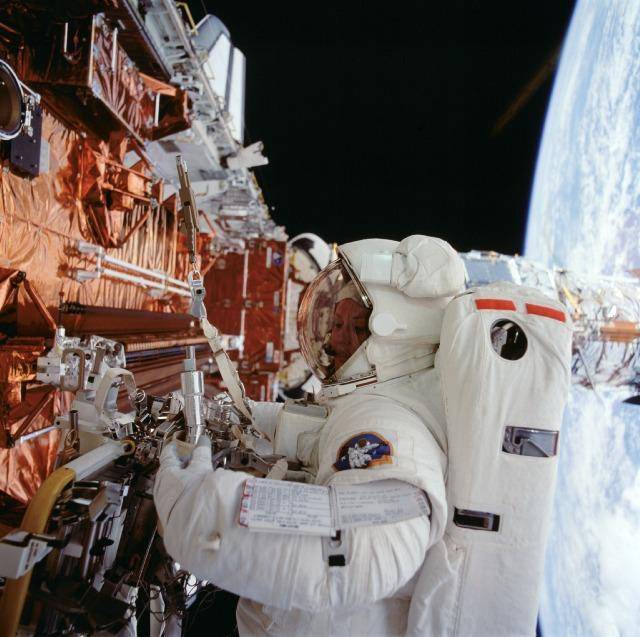 Kathryn Thornton on the 4th EVA of STS-61. Credit: NASA
Seven astronauts undertook an audacious mission to repair the giant scope. The STS-61 crew completed a record-setting five back-to-back spacewalks for a total of over 35 hours of EVA time. Their work was a resounding success. Hubble had been redeemed, and NASA vindicated.
Hubble Servicing Mission 1 stands today as a masterpiece of engineering, determination, and teamwork. It corrected the vision of humanity’s most powerful eyes on the cosmos, clearing the way for decades of compelling imagery and game-changing research. 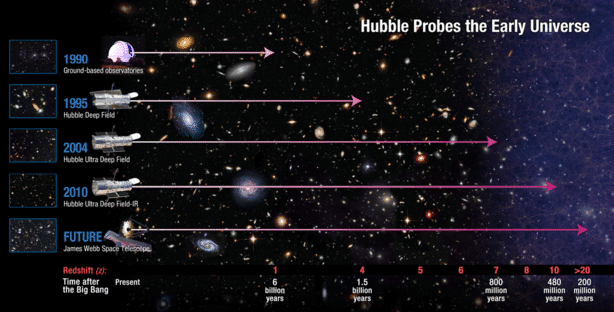 Hubble’s unprecedented depth of field allows scientists to peer into the early history of the universe. Credit: NASA
Today, the space telescope addresses fundamental questions about the age and nature of the universe. Its stunning documentation of faraway phenomena brings the wonder of space down to Earth. STS-61 narrowly salvaged public confidence in America’s ability to effectively explore space by turning Hubble’s story from one of crushing defeat to one of redemption.
Diagram source http://hubblesite.org/the_telescope/hubble_essentials/index.php#work ; all other images cred NASA
Written By: Caela Barry