What does Liquid Nitrogen do to Balloons

Liquid Nitrogen is a cryogenic liquid. It seems exotic because its extremely low temperatures cause it to affect things differently than we see in everyday life. To understand it a bit better, lets look at where it comes from.

Nitrogen is a very common element. It makes up about 78% of the atmosphere, so you are quite literally surrounded by it constantly. This can be surprising to some people, as we know that people need to breath oxygen. However, of every breath you take, only about one fifth of it is actually oxygen! 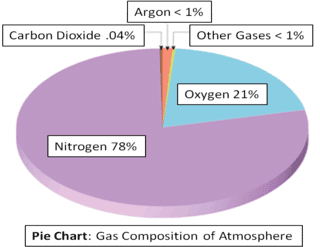 Image from M7 Science.
Liquid nitrogen is simply this same gas, but cooled down until it became a liquid. There are three primary states of matter: Solid, liquid, and gas. Most elements can be found at any of these three states of matter. Which state of matter you find depends on two things: pressure and temperature. In chemistry, we have something called a phase diagram to help us visualize this idea. Lets look at one that is a bit more familiar. Here is the phase diagram for water. 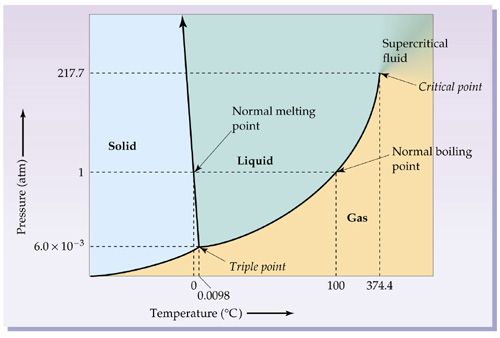 Image from Pearson Education.
This diagram contains a huge amount of information. First of all, at sea level, we experience 1 atm of pressure. At that pressure, water freezes at 0℃ or 32℉ and boils at 100℃ or 212℉ as expected. However, large changes in pressure can change that a bunch! One unique characteristic of water is that at higher pressure, the freezing temperature actually gets lower. This is very important, as it means that our oceans and lakes will freeze on the tops and not at the bottoms! Another interesting feature of the diagram is the triple point. At this exact temperature and pressure, all three phases of matter can exist equally.
The phrase diagram for nitrogen is similar, except the temperatures are very different! At the same pressure of 1 atm, nitrogen freezes at -210℃ or -346℉ and boils at -196℃ or -320℉!

Image from CHEMIX Chemistry Software.
As the balloons are dipped into the bowl of liquid nitrogen, they shrink rapidly. We have seen this before in several of our other blogs, where we talk about how temperature and volume are related. To summarize, when gases get colder, they take up less space. However, this is more dramatic than we have seen before!

This is because we are taking a balloon filled with atmospheric air and subjecting them to liquid nitrogen. The nitrogen in the air gets cold enough that it starts to turn into a liquid! Liquids take up far less space than gases because the molecules are closer together. For nitrogen at room temperature, the same amount of gas takes up 694 times as much space as a liquid! Want another example? Here we pour hot water into liquid nitrogen. As the nitrogen instantly evaporates, it pushes around the water vapour to fill almost the entire room!