In the vast emptiness of space, there are floating clouds of gas and dust called nebulae. These clouds are stellar nurseries, filled with material that will one day become multiple solar systems. 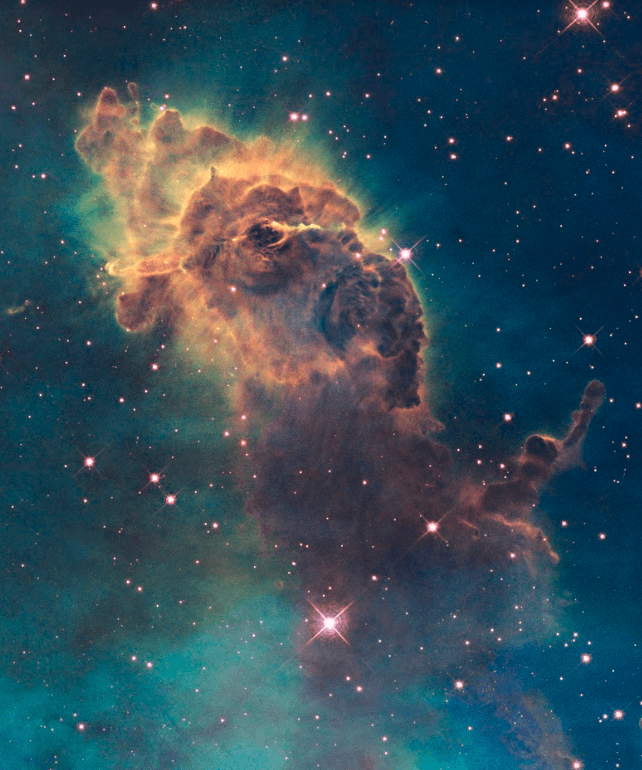 When part of a nebula is slightly more densely packed than the rest, gravity is stronger in that region. It begins to pull the surrounding gas inwards. This increases gravity, which pulls even more stuff in. As this happens, the gas molecules rub against one another, heating up due to friction. When the gas heats up, it begins to give off light, illuminating the nebula with brilliant colors. Eventually, this region of the cloud takes on a rough spherical shape. The gas begins to ionize, separating electrons from their nuclei as the sphere heats up even further as it continues to collapse due to the massive gravitational forces at play. This spherical shape is known as a protostar! 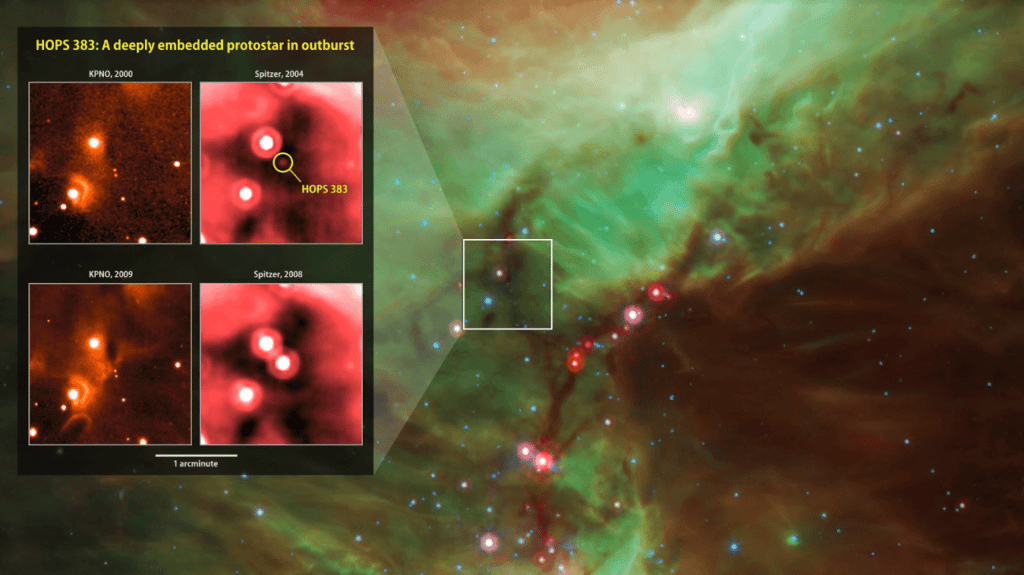 This protostar will continue to collapse and heat up, eventually becoming a main-sequence star. For that to happen, nuclear fusion must begin in the core. When it starts, outwards radiation pressure is so strong that it prevents gravity from causing the star to collapse any further. We’ll talk about the life — and death — of main-sequence star in a future blog post, so keep your eyes open! Written By: Scott Yarbrough