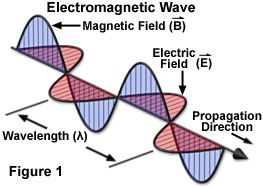 Due to induction, we can get the “train” to propel forward.  Induction is the act or process by which an electric or magnetic effect is produced in an electrical conductor or magnetizable body when it is exposed to the influence or variation of a field of force. This means that moving electricity induces magnetism, and moving magnets induces electricity. 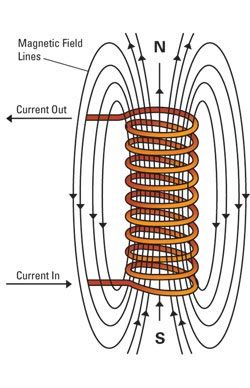 Our “train” is composed of a battery and two strong magnets whose fields are repelling each others. It’s track is a long solenoid, or tightly coiled copper wire. The battery sends a current through the solenoid, which creates a magnetic field. That induced magnetic field then interacts with the magnets, repelling one magnet (pushing it) and attracting the other (pulling it). This push from one end and pull from the other creates a net forward motion (or if it is the exact opposite, then it will bounce out of the track due to a net backward motion).
If the two magnets are aligned with the battery such that their fields are attracted to one another, then there will be a net of zero movement. This is due to the induced magnetic field pulling the magnets in opposing directions. But, don’t take my word for it, give it a try for yourself!