Galileo once proposed that all objects under gravity, whether they’re really heavy or really light, will fall and accelerate downwards at the same rate. In a famous experiment, he supposedly dropped both from the Leaning Tower of Pisa and proved it. 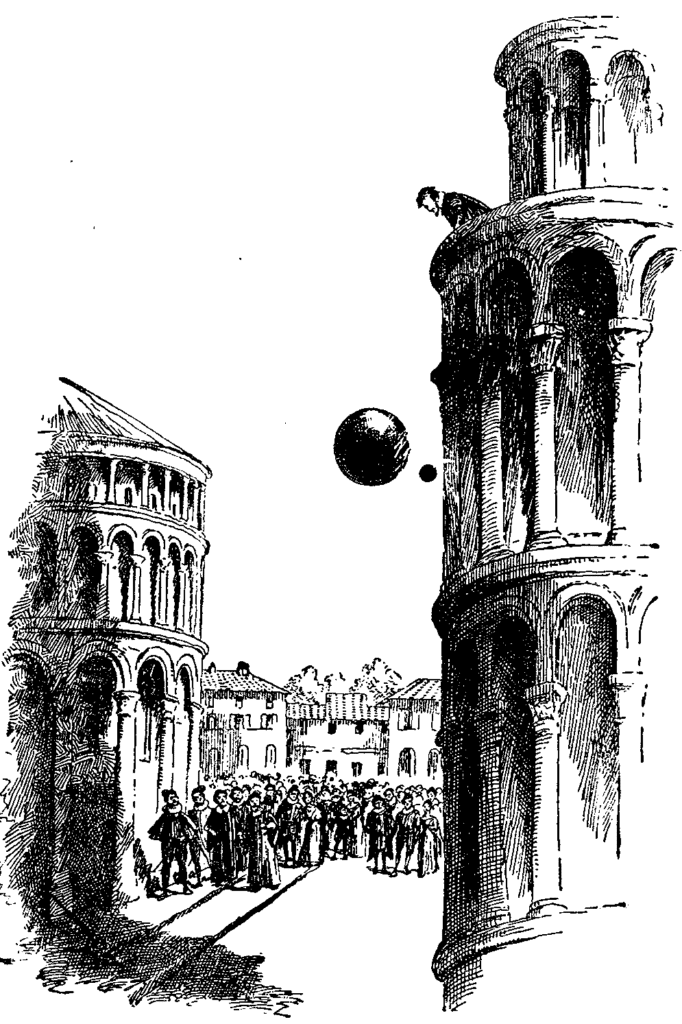 Why is this true? For something with more mass, it does feel a stronger downward force from gravity.
BUT because of the mass, it’s harder for that thing to accelerate. (When you hear “accelerate,” think rate of falling).  So for something relatively heavy, the stronger pull of gravity and the toughness to accelerate it should perfectly balance each other out, causing things accelerate at the same rate. This fact is sometimes referred to as Newton’s 2nd Law.
The problem with this explanation is that it seems to defy what we see every day, right?
We dropped a penny and feather at the same time. You probably don’t need to do this experiment to guess what happens. The penny will hit the deck long before the feather.

It’s not that Galileo and Newton are wrong, it’s just that their model is simple; it doesn’t take the full picture into account. The secret here is that Newton’s 2nd Law only holds true if gravity is the ONLY force acting on the two objects. If objects fall through the air, then air resistance plays a part. And of course, some objects are more affected by air resistance, like feathers. To design a better experiment, we could try the same objects, but get rid of the air! We’ll use a vacuum chamber. 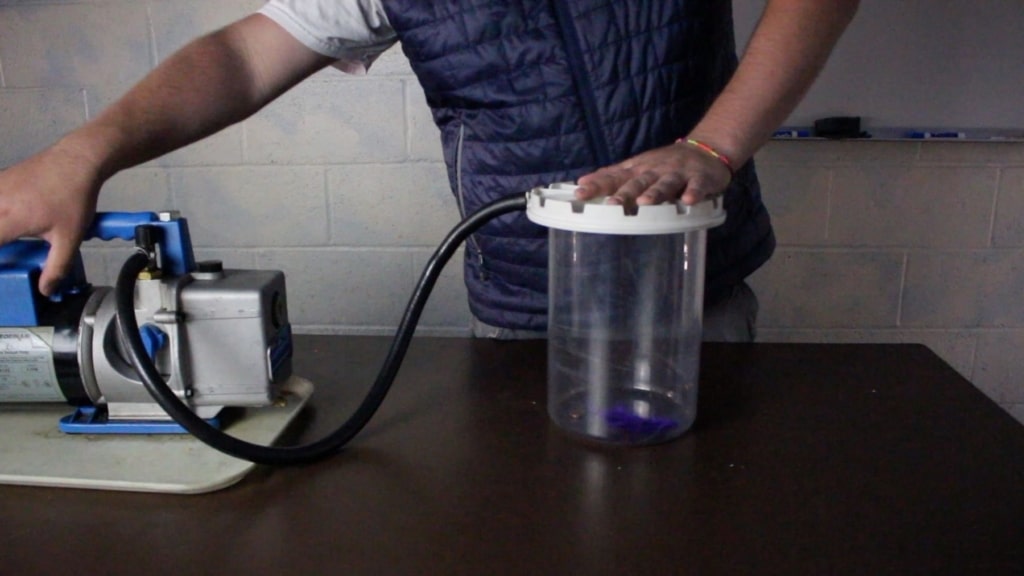 A vacuum chamber will suck out some air, creating less air resistance. The less air there is, the closer their rate of falling is! 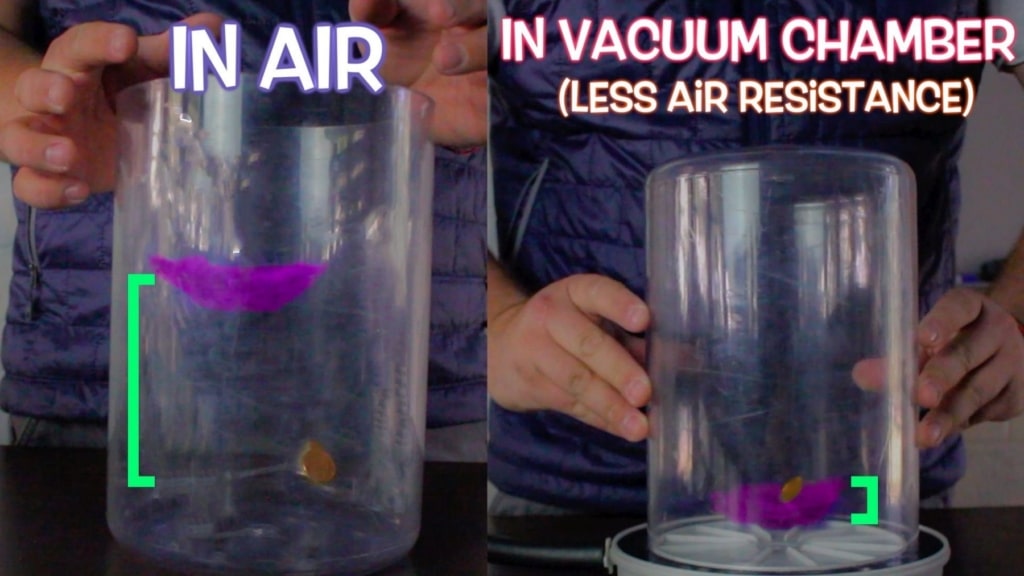 If you had no air at all, if you could truly get gravity to be the sole factor, then you could call the object being in free-fall, and you would prove Newton’s 2nd law true. For this reason, the feather experiment was re-created on the Moon by astronaut David Scott using a feather and a hammer. It works because yes, our Moon has gravity (because it has mass) but it doesn’t really have air resistance, because there’s basically no atmosphere.

How about that?
Written By: Amanda Williams