Pluto: Planet or NOT!

While Pluto is no longer a full-sized planet, it still has many properties that we care to learn about. It’s still the largest object in the Kuiper Belt, and by volume it’s the largest of the dwarf planets in our solar system. And its unprecedented popularity has cemented itself into the hearts of the public, so much so that in 2015, the New Horizons probe took the greatest pictures of Pluto that we’ve ever seen. 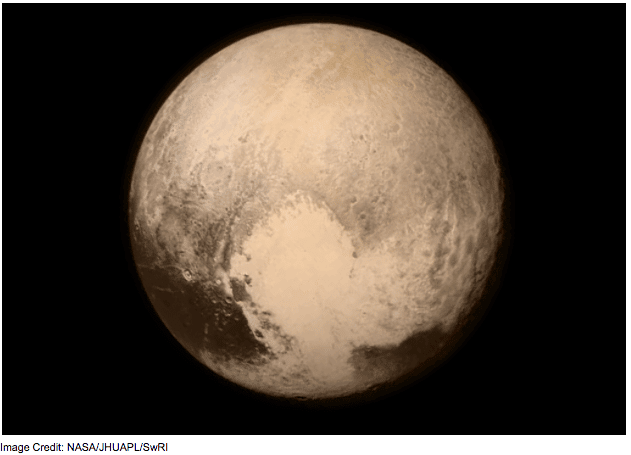 Physically, Pluto is small. It has a diameter of just 2,372 km (1,474 mi) – for reference, Earth’s moon has a diameter of 3,474 km (2,159 mi). Its mass is only 17% that of our own moon, yet it has five moons of its own. The largest, Charon, is actually massive and close enough to Pluto that the two bodies share a center of mass that is outside of Pluto’s surface, meaning it’s more like they orbit each other than the moon orbiting the planet. 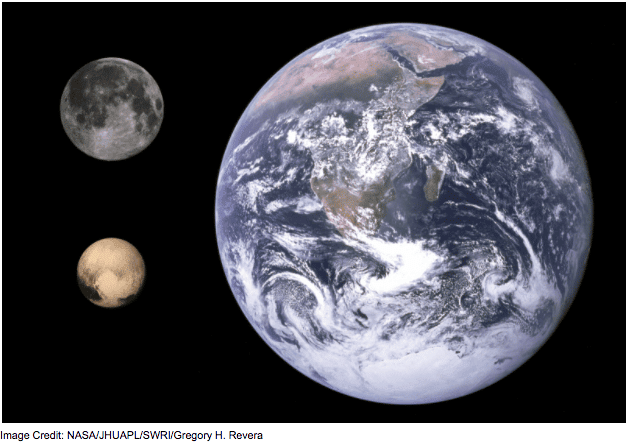 Pluto is also very cold. Being so far away from the sun means it gets very little energy, so its average temperature is in the ballpark of -229°C (-380°F), which is cold enough for nitrogen and methane gas to freeze solid on its surface.
Its orbit has a higher eccentricity than the other planets. So much so that at some points in its orbit, it’s closer to the sun than Neptune is. The orbit is also inclined about 17° compared to the rest of the planets, meaning it doesn’t orbit in the same plane as the rest of the planets. Additionally, it takes Pluto 248 years to orbit the sun once. In the time it took to discover Pluto and then declassify it as a planet, it only went about a third of the way around the sun.
Written By: Scott Yarbrough