Thomas Edison and the Bright Idea

Thomas Edison famously invented the incandescent light bulb. These light bulbs are pretty simple things. They are really just a glass casing around a tiny metal resistor called the filament. As electricity runs through it, the filament heats up until it produces light. But how much does it have to heat up? It turns out to be a pretty interesting question. 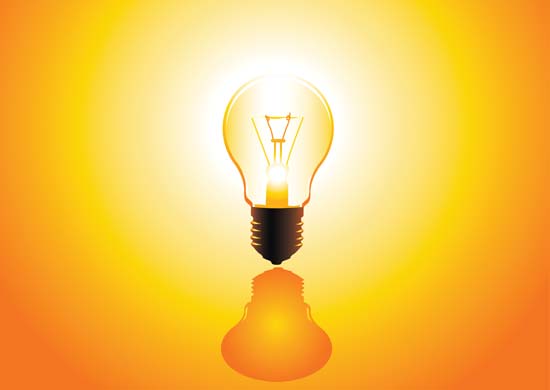 Incandescent light bulb. The filament is the horizontal piece in the center of the bulb. Image credit: Encyclopædia Britannica
Everything gives off light based on its temperature, but not all light is the kind we can see. That part, known as the visible spectrum, is a tiny part of the larger electromagnetic spectrum. These different kinds of light are separated by their energies, which can be described with wavelength. 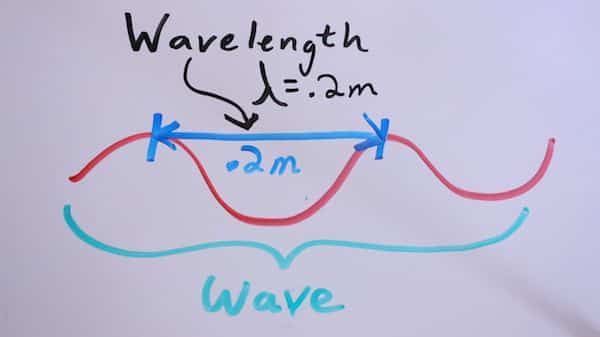 Where is a simple equation that allows us to find out what wavelength is given off by an object at a given temperature. It’s called Wien’s Displacement Law.

Humans are about 90 degrees Fahrenheit, which is about 305K. To find the wavelength emitted by humans, all we have to do is divide .002898 by 305. This gives about 9500 nanometers (nm) which is what we measure wavelength in for visible light. Visible light is between 400nm and 700nm, so 9500nm is pretty far away from that. This puts it squarely in the infrared. 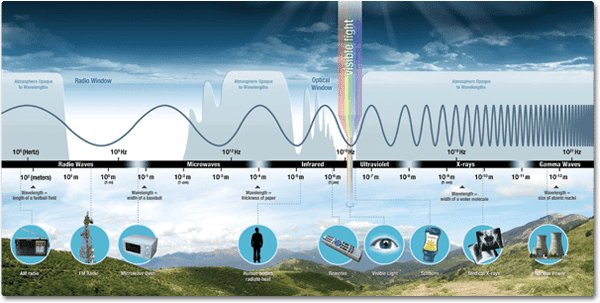 The full electromagnetic spectrum, including the very small visible light portion. Credit NASA
So how hot does that filament need to be to give off visible light? Lets aim for 500nm, which is definitely in the visible light range. By using algebra, Wien’s Displacement Law can be rearranged to T=b/. Dividing b by 500nm gives a temperature of 9973℉, which is about the temperature of the surface of the sun!
This actually makes total sense too! This means that the sun’s primary light emission is smack dab in the middle of our visible spectrum. It definitely makes sense that if we were to gain the ability to see, it would be to see the kind of light that was the most common. However, pretty much everything in the sun is a plasma due to the immense heat. There is no way that a light bulb could survive such insane temperatures.
Light bulb filament comes in at a relatively cool to the sun but still insanely hot 4500℉. Throwing this back into the equation, we get 1052nm, which is much closer to the 400nm to 700nm range. The primary emission is still in the infrared. However, this only gives the peak wavelength of light given off. The actual light is a mix of light more like this: 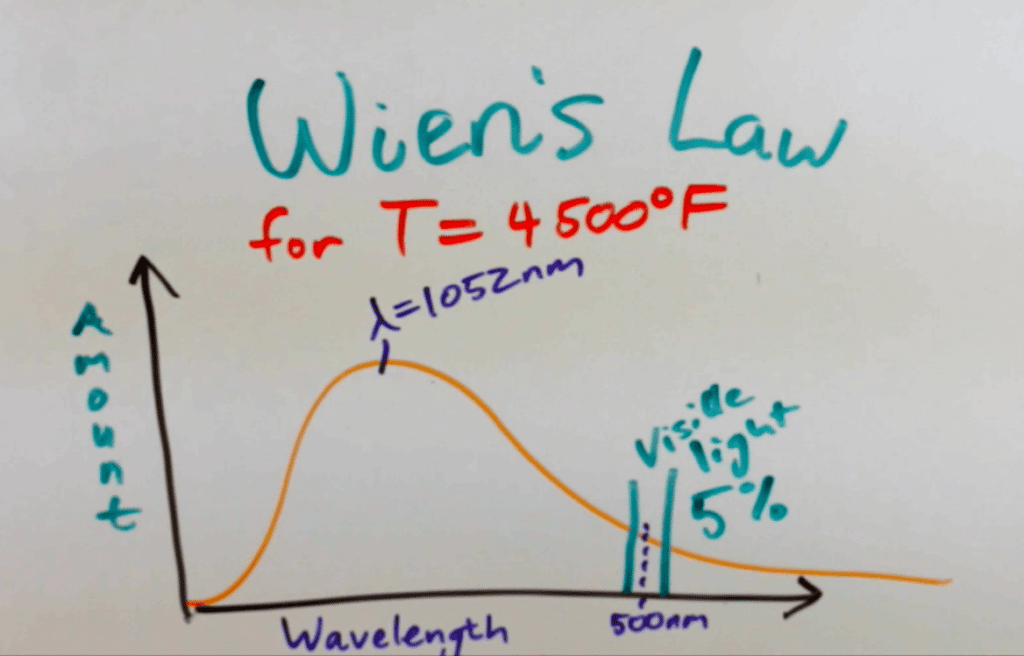 For a light bulb, only about 5% of the energy is given off as light that we can see. The rest of it is mostly given off as infrared light, or heat which is why these bulbs feel hot. The reason they don’t feel like 4500℉ is that the inside of the light bulb is a vacuum–meaning it contains no air–and the heat thankfully doesn’t conduct through it very well. They actually use this vacuum insulation for water bottles, thermoses, and even the Dewars that hold things like liquid nitrogen!
This inefficiency is the reason behind moving to much more eco-friendly fluorescent light bulbs. These bulbs don’t use Wien’s Displacement Law to produce light, but instead are filled with atoms that naturally release light when hit with a bit of electricity. Even many new bulbs that look like incandescent bulbs actually contain several small Light Emitting Diodes, or LED’s inside which share the energy efficient qualities of fluorescent bulbs. What a bright idea!