What is a Tippe Top and How Does it Work?

At first glance, a Tippe Top looks like a normal spinning top. A few moments after you spin it however, the tippe top flips over and begins spinning on its thin stem, raising its center of mass upwards! This marvel of a toy stumped physicists and was popular among many well-known figures in the mid-1900s.

The strange mechanics that add potential energy to the toy fascinated Nobel Prize winners Niels Bohr and Wolfgang Pauli. It was originally designed in the mid-1800s, but was reinvented in the 1950s and sold as a toy. Very popular at the time, it drew the attention of physicists who sought to figure out exactly what was happening. 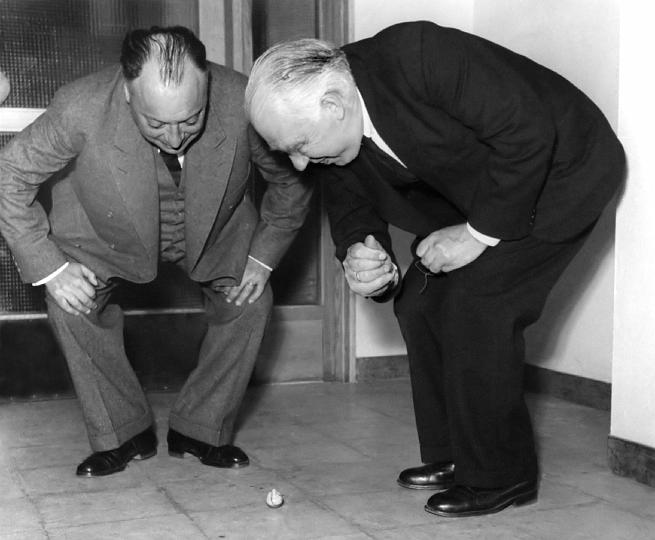 In order to flip over and raise its center of mass, the tippe top needs to translate some of its rotational momentum. It does so because its center of mass is actually lower than its geometrical center. As it spins, the rotational axis is offset from the point of contact with the table, which causes the top to trace out a circle on the table.

The friction with the table applies a torque that causes the top to tip over, changing its angular momentum. When it becomes horizontal, the top actually reverses its direction of spin! Once the stem hits the table, the torque causes the top to flip over! It’s spinning slower than it was before, and that energy has gone into gravitational potential energy!
It just goes to show that even simple-looking toys can have some cool and challenging physics behind them! You just have to stop and think about how they actually work.
Written By: Scott Yarbrough