Black holes are a confusing topic in astronomy. You’ve heard about them starting from a young age, but whenever you ask someone for more information about them, there’s a whole lot of “I dunno”s. The truth is, black holes have been romanticized by science fiction, when in fact they are nothing more than an oddity of physics (albeit still pretty cool). Once you understand a few basic rules of physics, learning about black holes is easy. 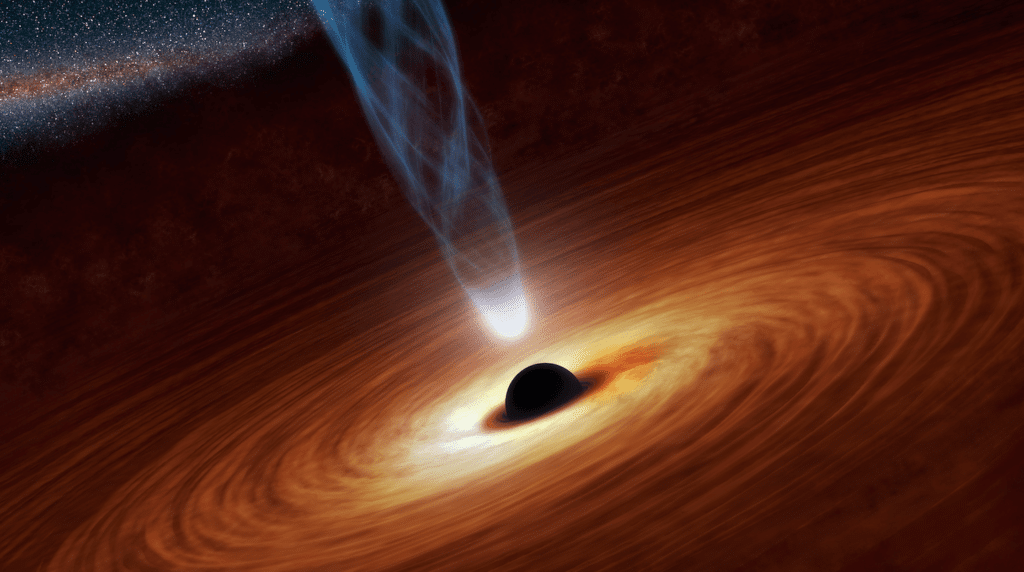 Step 1: Gravity
The first step on the road to understanding black holes is understanding how gravity works. An object with mass will cause a bend in spacetime, affecting other objects around itself. This effect is what causes gravity. The more mass something has, the more gravity it produces. The force of gravity gets weaker the farther you get from the center of mass proportional to the inverse of its distance squared. Yeah, I know, that sounds confusing. Maybe it’s easier if you see the equation for calculating the force of gravity.

In this equation, M is the mass of the larger object, m is the mass of the smaller object, G is the universal gravitational constant, and r is the distance between the two objects. If you double the distance between two objects, then the force of gravity is ¼ what it was before. If you triple it, then the force of gravity is only ⅑ the original.
Step 2: Escape Velocity
In order to escape the gravitational field of a massive object, you need to attain a specific speed, called its escape velocity. It’s calculated using the force of gravity, taking into account the mass of the large object and how far away you are. Once something is going at minimum the escape velocity, then it is no longer captured by the massive object.
Step 3: Singularity (or, infinite density) 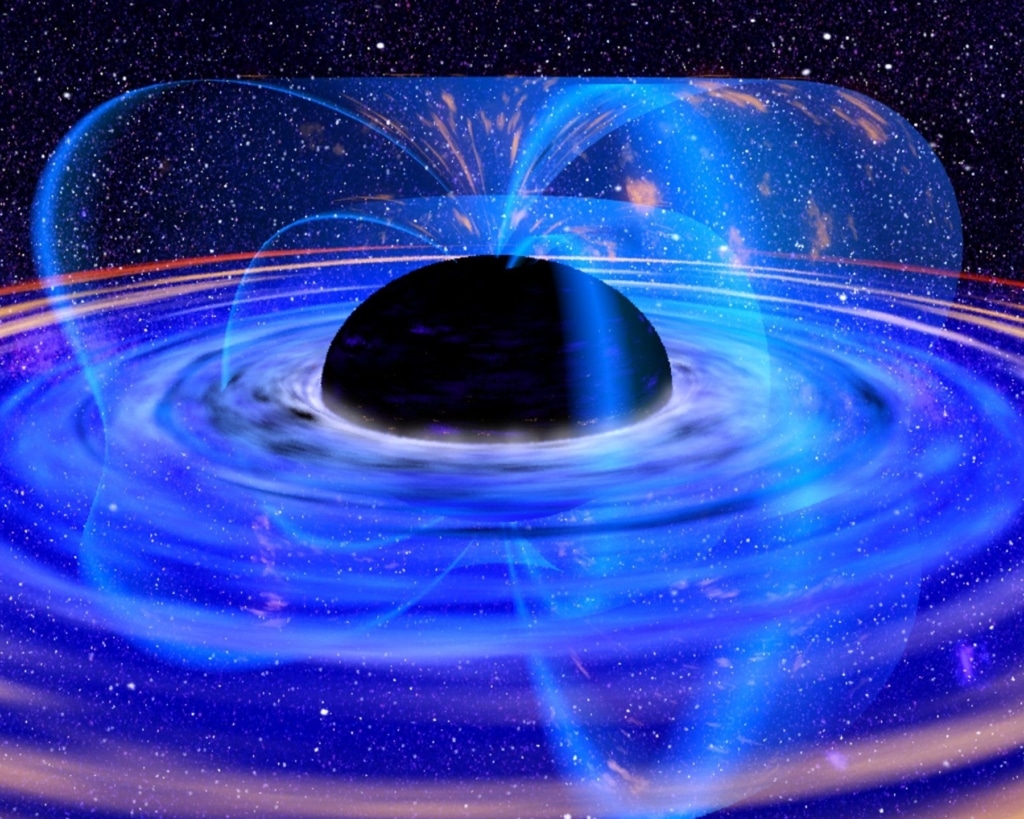 Density is an easy calculation, as seen below.

Where m is mass and V is volume. As mass increases or as volume decreases, density goes up. In a black hole, the volume is essentially 0, which causes the density to approach infinity. This creates what is called a singularity.
Putting it all Together
When the most massive stars in the universe go supernova, the force of the explosion causes the core of the star to get smaller and smaller, essentially packing it all into a volume of 0. This point of infinite density creates such a huge bend in spacetime that it creates a singularity. At a certain distance away from this singularity, the force of gravity the escape velocity reaches the speed of light.
As defined by the theory of relativity, nothing in the universe can go faster than the speed of light. So if the escape velocity of this object at a certain distance is higher than that, then not even light can escape the singularity. With no light escaping, the object and the space around it gives off no light.
This is the black hole.
There’s a lot more that goes into defining black holes, such as its mass, spin, etc., but that’s just icing on the cake. There you have it. There’s so much more to learn about black holes, but knowing even this much gives you the tools you need to understand them at a fundamental level.
Written By: Scott Yarbrough