Let’s take a look at the science of clouds!

How are Clouds Made?

Pockets of warm air near the Earth’s surface naturally float up through the atmosphere like hot air balloons. As an air pocket rises, it expands and cools down. This causes the water molecules within it to group together, creating droplets large enough to see. These particles are called condensation nuclei. When a lot of these droplets gather in one place, they form a cloud.

In clean air, condensation nuclei are hard to come by, so clouds don’t form easily. If conditions are very humid, the air can become supersaturated, or rich with water molecules that would form a cloud if condensation nuclei were available. With nothing to grab on to, though, the molecules stay suspended and invisible… that is, until something disturbs the system.

You’ve probably seen this happen before! Jet planes leave contrails, or condensation trails, when they introduce exhaust into supersaturated areas of Earth’s upper atmosphere. This is a common example of foreign particles triggering condensation. Air molecules themselves can also act as condensation nuclei if they’re electrically charged. One way that air molecules become ionized (or charged) is by colliding with radiation from outer space.

Earth receives a constant shower of cosmic rays. Most primary radiation that reaches our atmosphere comes in the form of ultra-high-energy protons, followed in frequency by helium ions and a smattering of other particles. These decay in the upper atmosphere into elementary particles, which go on to ionize thin streaks of the lower atmosphere as they continue hurtling Earthwards. In a supersaturated environment, the newly charged air molecules act as condensation nuclei, leaving a cloudy trail in the wake of the decayed cosmic radiation. 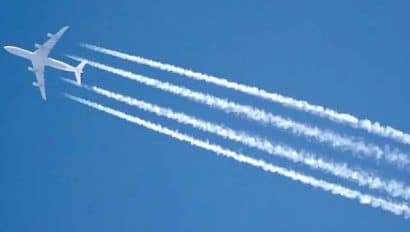 Things Needed for the Experiment:

This experiment begins with a small amount of rubbing alcohol in a 2-liter bottle. There are several ways to do this demonstration. We use rubbing alcohol because it evaporates at a lower temperature than water, giving us a more impressive tabletop cloud! 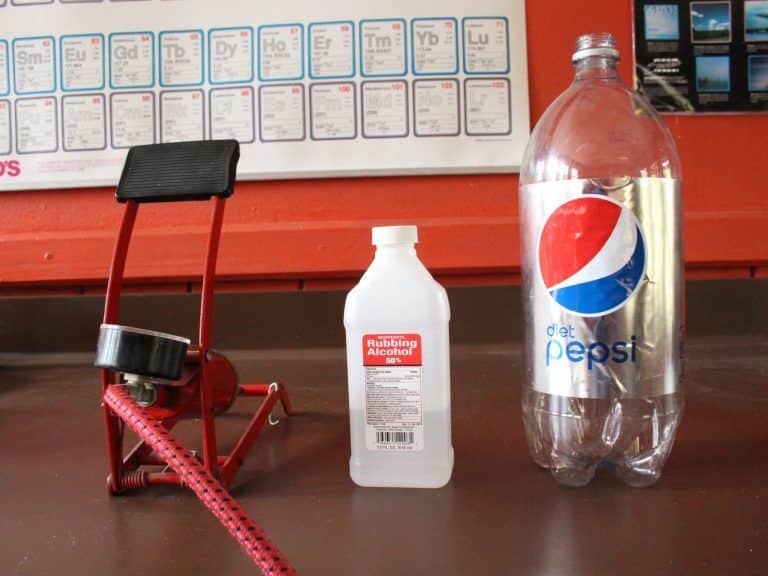 Want to learn more about nature and other natural phenomenon? Explore our science & space discovery camp in California! Enquire about Astrocamp today.