We soaked this $5 bill in flammable rubbing alcohol and then lit it on fire. So how did it survive? Does it have something to do with the bill itself?
This demonstration is impressive with money, but we haven’t been able to find an example of it using other materials. Many people have asked us what would happen to regular paper in the same situation. This opened up the chance for us to do some real science! We repeated our experiment, replacing the dollar bill with standard white paper and a brown paper napkin. Neither of these caught fire either.
The key to this trick is the part that stayed the same in all three experiments: a solution of rubbing alcohol and water. Water has a high specific heat, so changing its temperature takes a lot of energy, as we’ve seen before. Unlike water, rubbing alcohol is very flammable. It easily burns away until most if it is gone, leaving behind a mixture consisting primarily of water.
By lighting pools of alcohol on our fireproof table tops, we measured the temperature of the water left behind after burning off as much of the alcohol as we could. Here are the results: 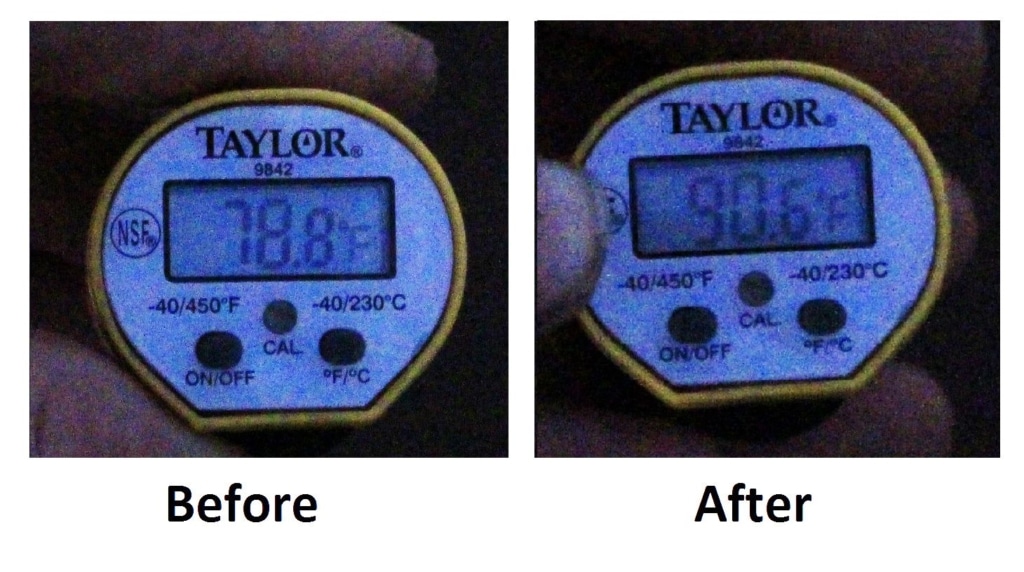 Despite being literally covered in fire for thirty seconds, the water temperature only climbed by 11.8 degrees Fahrenheit! The water in the rubbing alcohol mixture is protecting the money with its high specific heat, preventing the paper in all of the above examples from getting hot enough to burn. As such, when performing this experiment, it’s very important that we completely soak the money (or other experiment subject). If any surface is exposed, it will catch on fire! After the flame has gone out, the paper doesn’t even feel warm to the touch.
Only try this at home with adult permission and a fire extinguisher!
Written by: Scott Alton