Fireproof Balloon & How it Changed the World

The balloon in the video isn’t anything special. It’s a completely normal balloon filled with completely normal water. However, water is quite extraordinary!
We describe matter by listing its different properties. Some of these properties include how dense something is, its flexibility, its ability to conduct electricity, and even its color! Another less commonly known (but just as important!) property is called “specific heat”. This property is one of the things that makes water really interesting!
Specific heat indicates how difficult it is to heat up or cool down an object. For example, if you were to put two pots on a stove and fill one with air (by leaving it empty) and fill one with water, the air one would heat up much quicker even though the stove is adding the same amount of energy to each one! The water doesn’t heat up nearly as much while being given the same energy, meaning it has a very high specific heat.
This is exactly what happens in the video. The match is hot enough to melt the rubber and form a hole, causing the balloon to pop immediately! It actually pops before the fire even reaches the surface. 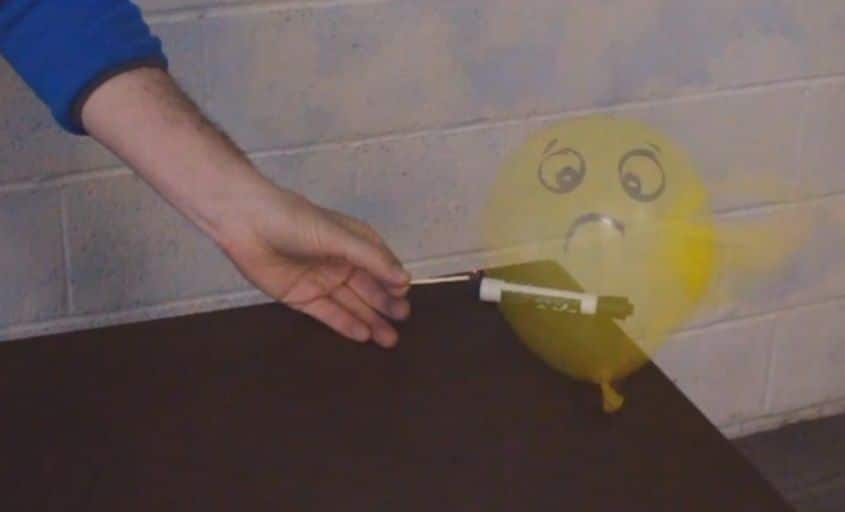 With the water balloon through, the entire balloon can be engulfed in flame, and nothing happens! This is because the water absorbs the energy from the hot flame, but doesn’t heat up very much. The rubber never heats up enough to melt. 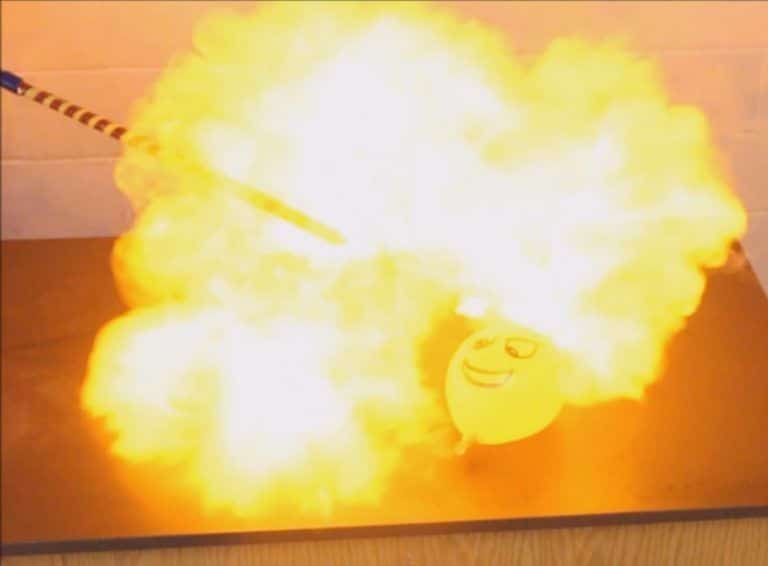 Specific heat works the other way too. Water also takes a long time to cool off. In this way, the specific heat of water actually shapes the climate on a global scale. Take a look at the image below. The snow cycles are much more visible in the Northern hemisphere because they only have to go over land. Ground has a lower specific heat than water, so during the winter it cools down more easily, allowing the cold to pass further south forming ice over most of the Northern continents. In the Southern Hemisphere, the water is much more difficult to cool down, and the icy chill barely even reaches the land!