The Case of the Mysterious Gases

Can you solve this mystery? There are three balloons, each filled with a different gas. One is nitrogen, one is helium and one is hydrogen. Without knowing which is which, we can conduct a couple different experiments that lets us gain information to determine which gas is in which balloon. But before performing the experiments, we need to know a few things about these gases.
Most of us have seen a Periodic Table of Elements like this one before and while it may seem daunting, it is fairly easy to read. For our purposes, there are only a few things about it that you need to know. 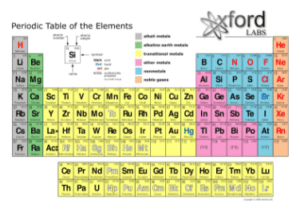 Now that we have all of that information down, we can use two experiments to isolate which gas is which. First, let’s do a float test. Hydrogen and helium are the two lightest elements, and therefore should float in our atmosphere. Nitrogen is the gas that our atmosphere is mostly made of and therefore should either be neutrally buoyant, or sink in the air. So from experiment #1 we can determine which balloon has nitrogen in it.
All that is left to do is determine which of our floating balloons has hydrogen in it and which has helium. Helium is one of the Noble Gases and should not reacts when in the presence of a catalyst. However, hydrogen is extremely reactive with oxygen, which is why H2O or water is so readily available. So now we need a catalyst. Let’s use fire! It is now extremely easy to tell the difference between helium and hydrogen. When the fire touches the balloon with helium in it, it will pop but not cause a chemical reaction. In contrast, when the fire touches the balloon with hydrogen in it, it will cause an explosion! The explosion is evidence of a chemical reaction occurring. Were you able to solve the mystery of these gases?
WARNING: DO NOT ATTEMPT THIS AT HOME. AstroCamp has a fireproof room and uses the appropriate safety equipment when performing this experiment.