Groundhog Phil’s Got Nothing On These Shadows

While the eyes of Punxsutawney, Pennsylvania are focused on the shadow of a groundhog. We here at AstroCamp have different shadows in mind. Using red, green, and blue lights, we’re making up to seven different shadows at once!

The key to these shadows is the different lights, both their colors and their positions. Red, green, and blue are often referred to as the primary colors of light, as those three colors can be combined in different amounts to produce any other color of light. The most common of these combinations are red and blue to create magenta, red and green for yellow, blue and green for cyan, and all three primary colors to create white light. Now, if we were to just shine a magenta light at someone’s hand, they would still only show the normal shadow we’re used to. This is because a shadow is simply the absence of light, and all the light is coming from one direction. However, if we place the red and blue lights at different points and then angle them to mix into magenta light, we see the normal black shadow, as well as red and blue shadows! 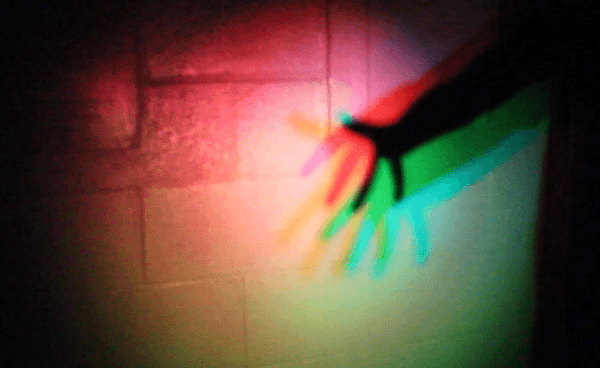 These different color shadows exist because the hand blocks the blue light coming from one angle, which the red light still fills in to create a red shadow, and the reverse is true for the red light being blocked to create a blue shadow. There is still some space in the middle, however, where both lights are blocked, allowing us to still have the traditional shadow. This same concept applies to cyan, yellow, and white light, as you can see below. 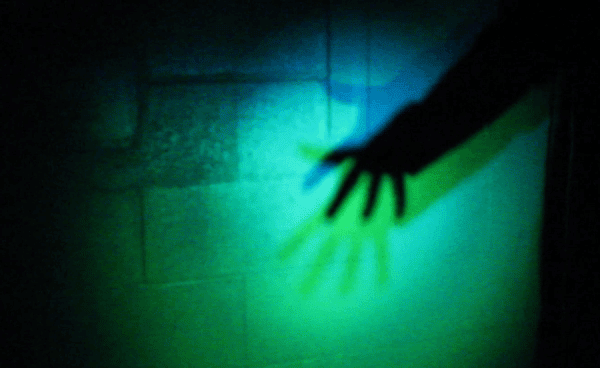 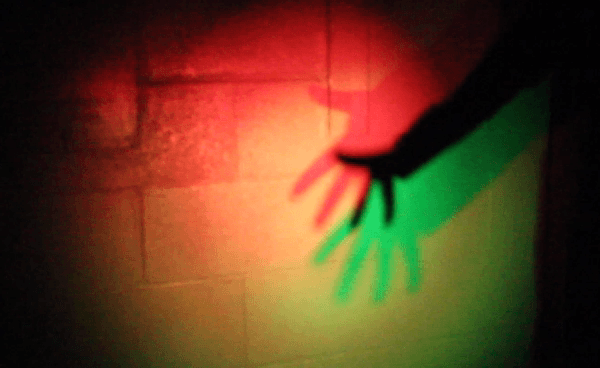 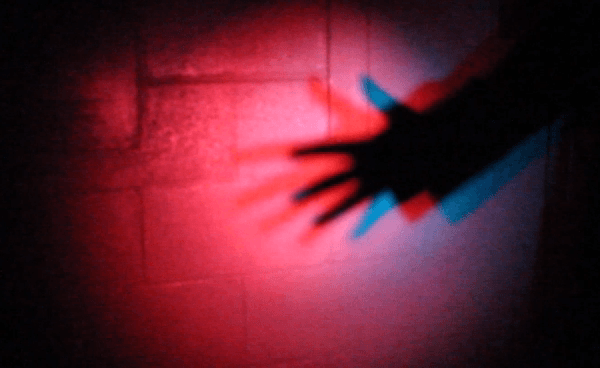 You might notice something different about the shadows in the most recent picture, with good reason. When shining all three primary colors at an object, you can see yellow, cyan, and magenta shadows as well. These shadows are due to the same principle as before, but exist in spots where one color of light is blocked and both of the others can continue unimpeded and mix together. Try this at home for some of the coolest shadow puppets ever!