The Tale of Sir Isaac Newton

There’s an old story of Newton sitting underneath a tree during his studies, when an apple fell and hit him on the head, leading him to begin his adventures into solving the mysteries of gravity. While it’s doubtful that this fanciful tale actually happened, it is true that Newton had an incredibly significant impact on our understanding of gravity.

Isaac Newton was born in England on Christmas in 1642 to a widowed mother. His father, after whom he was named, had died three months prior. When his mother remarried, Newton went to live with his grandmother and began his education. In 1661, he began attending Trinity College in Cambridge.
It was there where he began his great works. 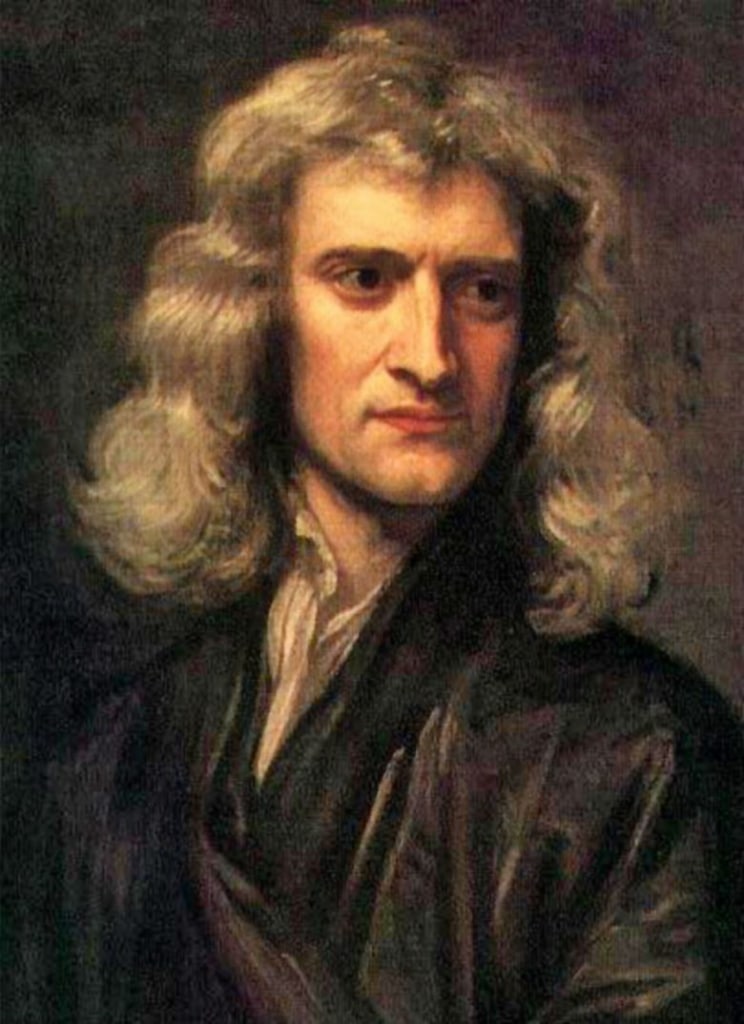 Influenced by modern philosophers and astronomers, Newton began to develop his own mathematical methods that would later evolve into a rough form of what we know today as calculus. Inspired by the works of astronomer Johannes Kepler, he began developing theories on gravity. When Cambridge shut down temporarily as a response to the Great Plague, Newton spent two years at home developing these theories, along with many others.
In 1687, he published his Mathematical Principles of Natural Philosophy, which set out his famous three laws of motion. The papers went on to combine these with his law of universal gravitation to investigate and explain Kepler’s work on orbital mechanics, explaining how the planets move about the solar system.

Newton continued to contribute to the world of physics and mathematics until his death. He built telescopes, advanced the field of optics, formulated many laws and theories, and even developed ways to calculate the speed of sound. It’s been said that his work helped to advance every subject of mathematics and physics that was being studied at that time, and even today we still use his works in our understanding of the world.
Written By: Scott Yarbrough