Have you ever played air hockey? There is something strangely satisfying about how the puck slides effortlessly across the table, before finally coming to rest. This same thing happens naturally as well, and its actually some pretty cool science. Lets check out how it works!
When things of different temperatures interact, the warmer object loses its heat to the cooler object. This simultaneously warms up the colder thing, and cools down the warmer thing. This shouldn’t be surprising. Its the reason that snow melts in your hands and make your hands feel cold. However, when things are of vastly different temperatures, it can get a little strange. 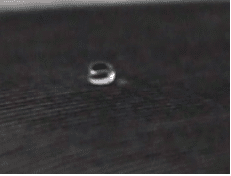 In the video, we are dripping water onto a stovetop that is around 500℉. The water is only about 50℉, but the important part is that the boiling point of water is around 200℉ (technically 212℉ but Astrocamp is at an elevation of about 5600’, which actually lowers the boiling point to almost exactly 200℉) which is much lower than the temperature of the stove. 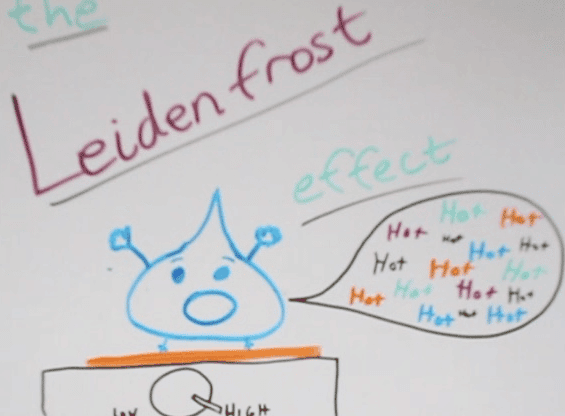 When the drops of water hit the stove, the part that hits first is immediately vaporized because of the difference in temperature. This means that the little droplet of water now has a little barrier of water vapor between itself and the stovetop, which it can float around on. The water droplets seem to bounce and skitter around without boiling away. This is what we call the Leidenfrost Effect. For water, this seems to occur at temperatures of at least 400℉.
It is the same thing that allows a person to pour liquid nitrogen over their hand unharmed (Don’t try this at home), or dip their hand in water and then dip it in boiling hot lead (DEFINITELY don’t try this at home)! Cooks sometimes use this to estimate the temperature of their pans and see if they are ready to cook.