Looking for Order in March Madness

Why is it so hard to pick the perfect bracket? Let’s take a look at the mathematics of March Madness!! 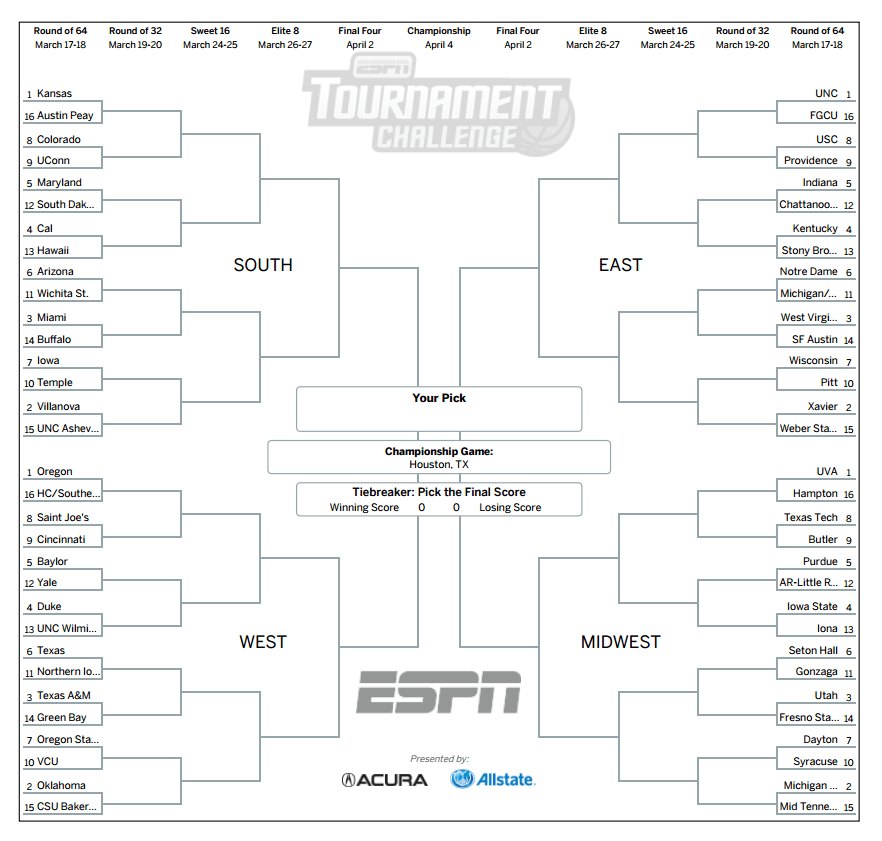 This year’s complete printable March Madness bracket by ESPN.
It all comes down to probability. Let’s start by making things simple before we truly delve into the madness. Imagine two perfectly even teams are about to play a single basketball game. Each team is equally likely to win. Who is going to win? Quite clearly in this scenario, anyone would have a one in two shot to get the winner right. In this simple one game bracket, you would have a 50% chance of having a perfect bracket!

In the NCAA tournament, there is a field of 68 teams. Only one team can win, and one team is eliminated in each game, meaning there 67 games must be played. If each team were evenly matched (we’ll deal with the alternative in a moment), then the odds to pick the winner of every game correctly is a paltry one in 267, or one in 147,573,952,589,676,412,928. That’s over 147 quintillion! Not coincidentally, these are the same odds as picking heads or tails on a flipped coin 67 times in a row1.
Fortunately, most brackets don’t deal with the play in games, meaning they consider the field to be 64 teams, requiring 63 correct picks for the elusive perfect bracket. In addition, the top team in each region has never lost to the bottom team, giving four more games that stand as pillars of stability amongst the madness of March. Assuming this holds true, our odds have just improved tremendously to one in 259 or one in 576,460,752,303,423,488! This number also looks humongous, but the odds of a perfect bracket have improved by a factor of 256 (or 28)! 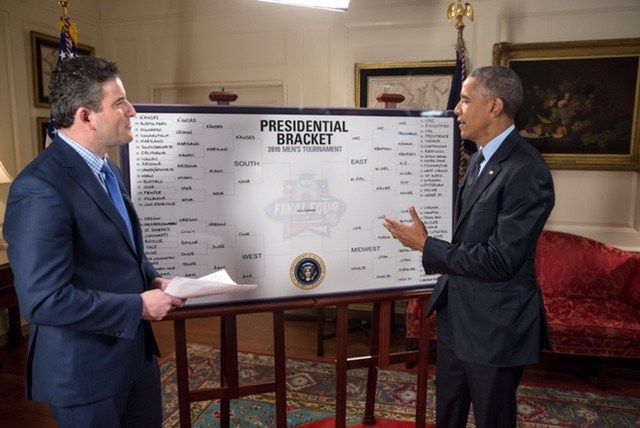 Probability has not been kind to President Barack Obama in his quest for the perfect bracket either. Photo credit ESPN
Of course, not all of the teams in March Madness are the same. Each one has its own players, strategies, strengths, and weaknesses. If someone really followed basketball, they might be able to use these to their advantage. Actually, that’s kind of the point! After all, knowledge is power, so let’s see how that knowledge holds up against the mighty bracket! If in each matchup, one team held an edge raising its win probability to 60% and someone knew enough to identify every one of these teams, the odds of each favored team winning is as follows: 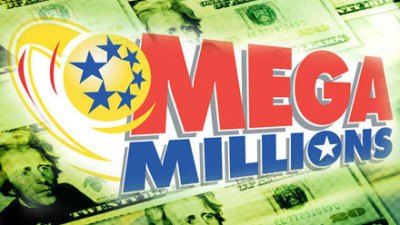 That’s still only one in 12 trillion–about 100 times worse than your odds of winning the Mega Millions jackpot! Here is where some of the struggle of the perfect bracket comes from. Even if each game has a favorite, the odds of the favorite always winning are not favored. The far more likely scenario is that some teams slip…but how can you tell which ones? So far, the answer has been resounding:
“You can’t”