One of Newton’s famous contributions to physics was his work in thermodynamics — the study of heat and energy flow. He developed a physical law that showed the proportional relationship between heat loss and the temperature difference between an object and its surroundings: Newton’s Law of Cooling. Despite its name, it can be used to show how an object will cool or heat in its surrounding.

It’s worth mentioning that heat and temperature are two separate — but related — values. Heat is a measurement of the total kinetic and potential energy stored in the molecules of an object, while temperature is a measurement of the average kinetic energy. Heat depends on the speed, the number, and the type of molecules. So while a cup of coffee may have a higher temperature than something like an iceberg, the iceberg is made up of so many molecules that it has more heat, and thus more energy.

Nevertheless, heat and temperature are related. As an object gains heat, its temperature will also increase. When talking about Newton’s Law of Cooling, it can actually be rearranged to create an equation to show the temperature as a function of time. 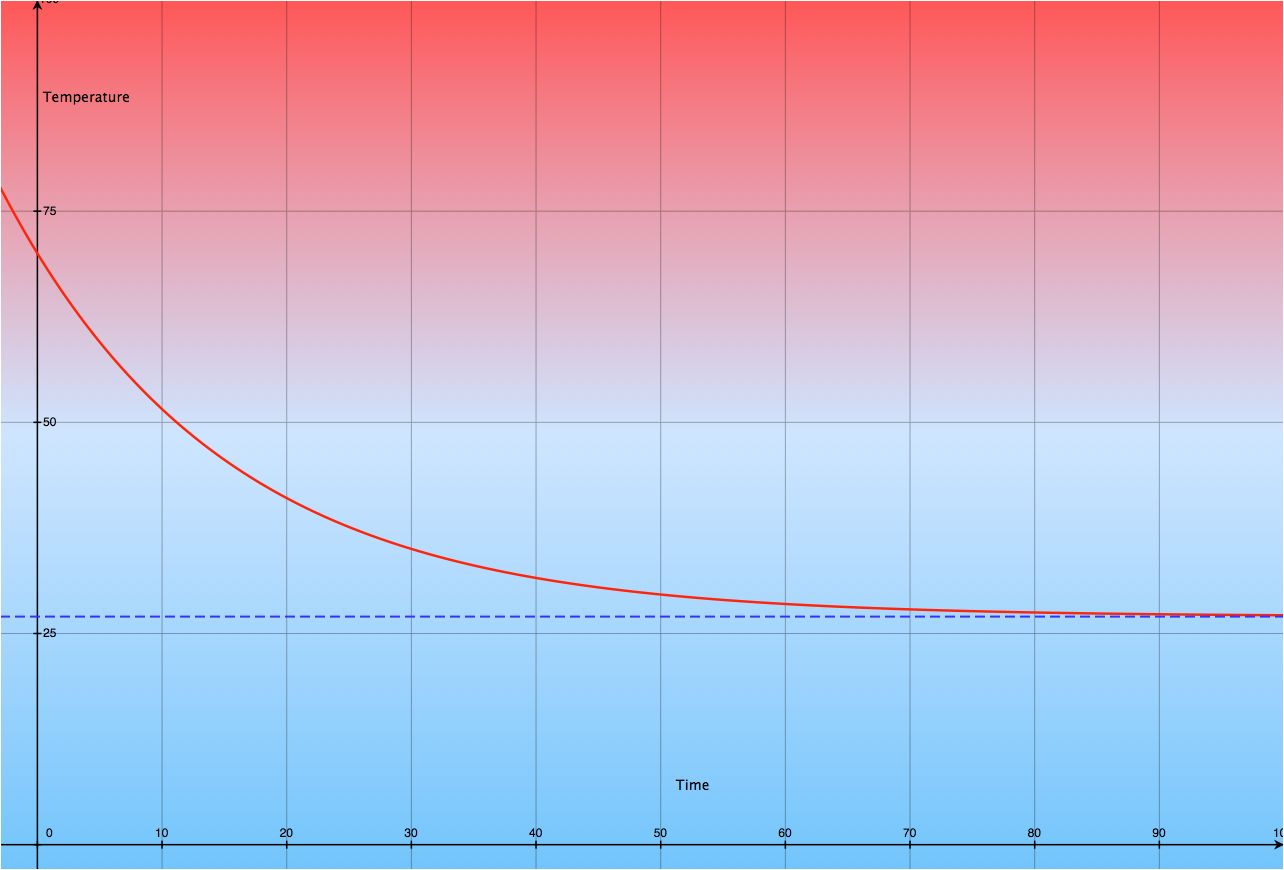 This theory allows scientists and engineers to correctly predict how certain materials will behave in different conditions. These types of calculations are done for anything from insulated coffee mugs to space rockets. They can then safely manufacture these to prevent any damage or harm.
Written By: Scott Yarbrough