A planet is an astronomical body orbiting a star or stellar remnant that: is massive enough to be rounded by its own gravity, not massive enough to do fusion, and has cleared its neighboring region of planetesimals.
Our star (the sun) has 8 planets: Mercury, Venus, Earth, Mars, Jupiter, Saturn, Uranus, and Neptune. Though these planets share a common place in the Universe, they are vastly different in composition, temperature, distance from the sun, and size. 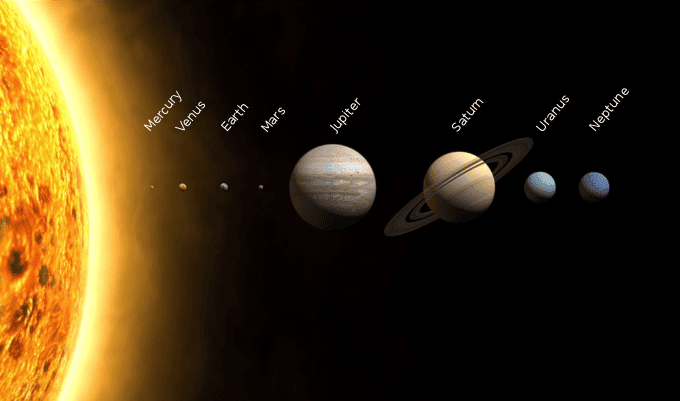 Roll out the next chunk and cut it into ten more pieces. Uranus and Neptune are the next largest planets, the get 4 and 5 pieces respectively. The last four planets are the inner rocky planets. Earth and Venus are considered to be “sister planets”, they are roughly the same size and will get 5 and 4 pieces of the remaining clay. The last tiny chunk should be rolled out and cut into three pieces this time. Since Mars is larger than Mercury, it will get two of the pieces, and Mercury will get the last one.

There you go! A clay model of the planets in our solar system by mass. Try to test your friends, family, students, or teachers to see if they can get the scale right.
Written by: Mimi Garai