You’ve probably seen how oil and water get along (or don’t), but did you know that this behavior could help control oil spills and alleviate desert water shortages? Oil isn’t the only substance that doesn’t want to associate with water. One innovation that has harnessed the power of water resistance is hydrophobic (“water-fearing”) sand.

Marketed as Magic Sand in the toy industry and Nano Sand for more practical purposes, hydrophobic sand begins as normal beach dust. A trimethylsilanol vapor treatment coats the grains in non-polar molecules –– the same kind of molecules oil is composed of — making them unlikely to interact with water. You can actually see a silvery coat of air form around the sand when it’s submerged!

So, why does this work? Let’s think for a moment about what polar and non-polar mean. Water is a great example of a polar molecule! Here’s a picture of the basic structure of H2O: 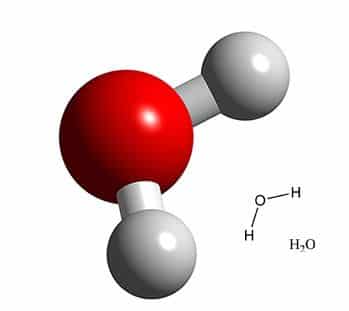 Image courtesy of http://butane.chem.uiuc.edu/pshapley/Enlist/Labs/Clouds/Clouds.html
As you can see, it’s not symmetric. The two hydrogen atoms (white) lean off to one side of the oxygen atom (red). In water, oxygen has a partial positive charge and hydrogen a partial negative charge. The offset position of these atoms gives the water molecule one positive side, where the oxygen sticks out, and one negative side, where the two hydrogens sit next to each other. In other words, the molecule has two poles. It’s polar! You’ve heard the phrase opposites attract. Water molecules are perfectly constructed to bind with other molecules that have positive and negative poles. Molecules without poles, however, are immune to this electromagnetic attraction. We call these kinds of molecules — you guessed it — non-polar. Non-polar molecules don’t have a positive or negative end. Try as you might to get them to bind with polar molecules, the two won’t mix. You’ll always end up with large clumps of polar molecules, large clumps of non-polar molecules, and not much interaction between the two. 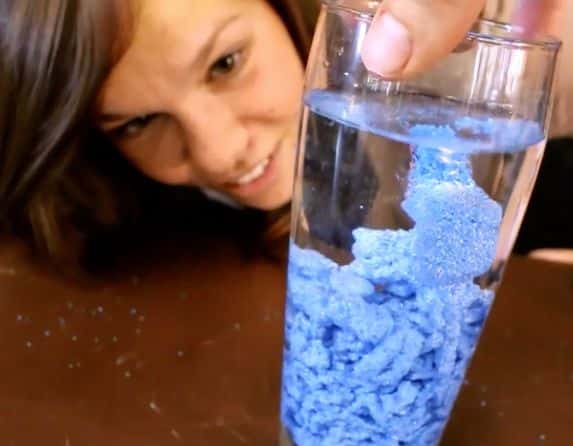 This assortative behavior has fantastic real-life applications. Mix non-polar hydrophobic sand with non-polar petroleum from an oil spill, and they’ll bind seamlessly until the mixture grows heavy enough to sink. This fix is currently too expensive for widespread use, but the science is solid.
Several years ago, hopes were high for water-repellent sand to act as an artificial water table below the topsoil in desert areas where agriculture is prevalent. The hydrophobic layer would increase time between waterings and protect plant roots from salts in the deeper soil. Promising as it sounds, there hasn’t been much recent news about this application. Magic Sand seems to be relegated to the toy industry for now… at least until the next time an engineering team gets hooked by its world-changing potential.