Why Is The Sky Blue?

Ever heard that the sky is blue because it’s reflecting Earth’s water? It’s a myth! If the sky was just mirroring the planet below, it would be brown in Utah. The real reason for our atmosphere’s hue has its roots in a more fundamental question: how do we see the world around us? 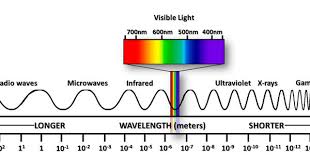 The electromagnetic spectrum. Credit: Florida Atlantic University
Human eyes are living light detectors. Color is just our brain’s code for incoming energy level. We call the most energetic light we can see “purple” and the least energetic “red”.
Our built-in biological cameras have a quirk: when confronted with a mixture of colors all at once, they’re overstimulated. Our eyes can’t resolve a blend of energy levels into individual signals, so our visual processing system defines a new category, which we call “white”. The sun’s radiation appears white before it reaches Earth, but it’s really a combination of many colors. 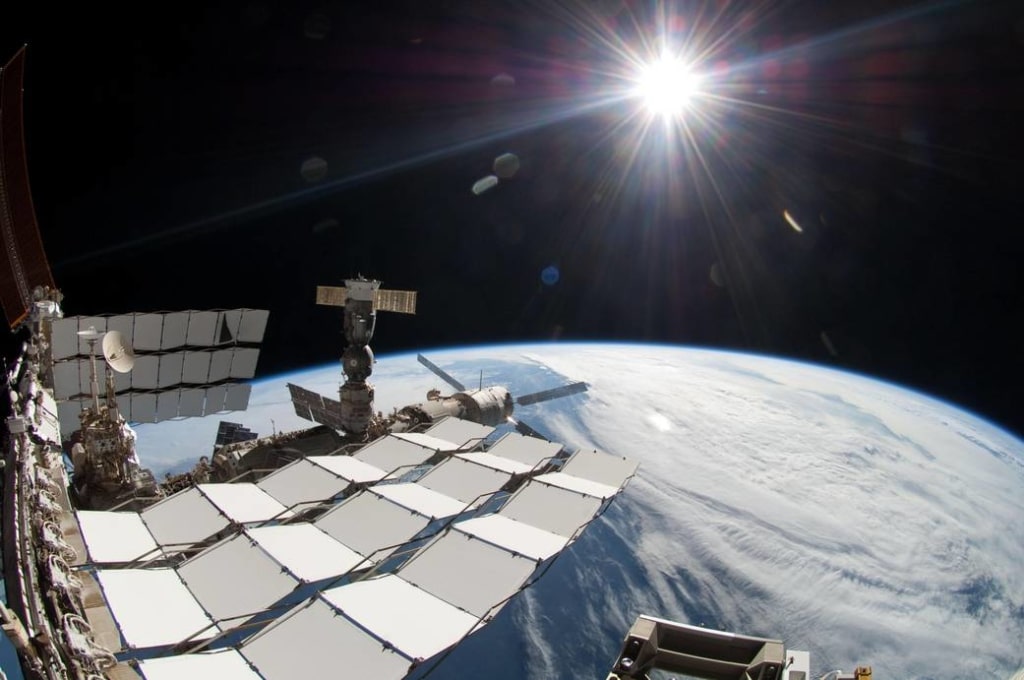 The sun & Earth as seen from the ISS. Since sunlight hasn’t been scattered by the atmosphere on its way to the camera, it appears white. Credit: NASA
As white sunlight enters the atmosphere, the transition from empty space to air affects each of its components differently. Blue-violet light is bounced around the most drastically by air molecules in its path. From our perspective on Earth’s surface, scattered blue radiation fills the sky. Lower-energy light, which we interpret as the colors red through green, travels more directly downward to our eyes. We interpret this smaller combination — white minus blue-violet — as pale yellow.

Image courtesy of the City University of New York
As sunlight travels farther through the atmosphere, it’s more thoroughly scattered. At sunset, when rays travel sideways through a thick slice of air instead of straight down, we see more of the spectrum spread out across the sky. The leftover light traveling directly to us is mostly red and orange, which explains the sun’s ruddy appearance as it sets. 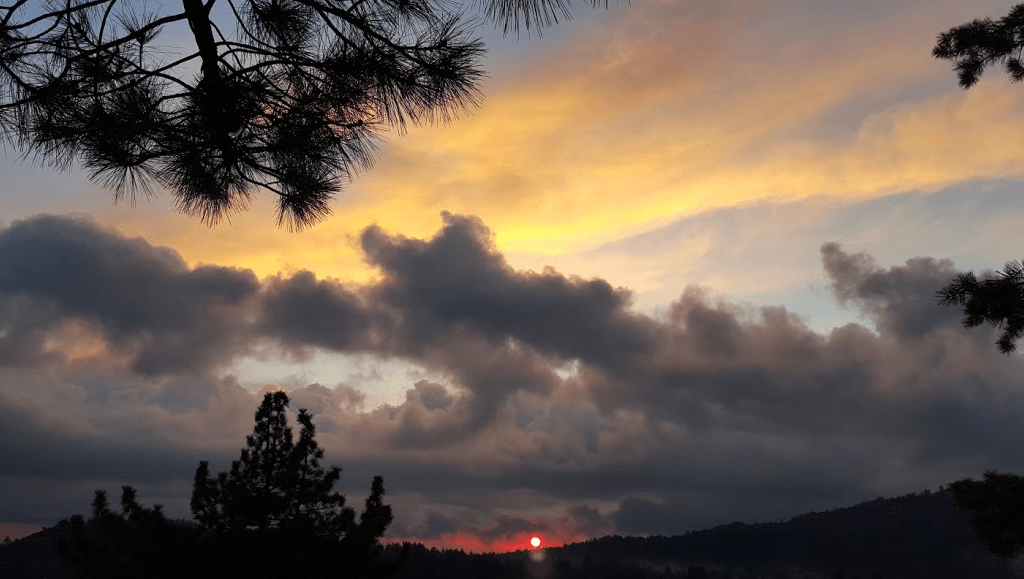