November 2, 2000. It was a dark night on our planet. More than 200 miles above Earth’s surface, a Soyuz rocket began a slow dance in the bigger darkness of space. The docking sequence took three hours and forty minutes. At its end, the International Space Station welcomed the first of hundreds of human residents. The outpost has been inhabited ever since. 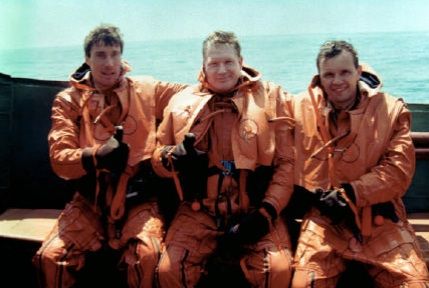 Expedition One crew members pose after water survival training. From left: Flight Engineer and Russian Cosmonaut Sergei Krikalev; International Space Station Commander and U.S. Astronaut Bill Shepherd; Soyuz Commander and Russian Cosmonaut Yuri Gidzenko. Credit: NASA
Bill Shepherd, Yuri Gidzenko, and Sergei Krikalev passed 4 busy months on the ISS. First, they moved in. Critical life support systems waited to be set up. Supplies needed unpacking. After waking up the station and settling themselves, the astronauts hosted visiting crews, received unmanned spacecraft, made improvements to the station, and conducted research. Their work set the precedent for the next decade and a half of sustained experimentation in low Earth orbit. 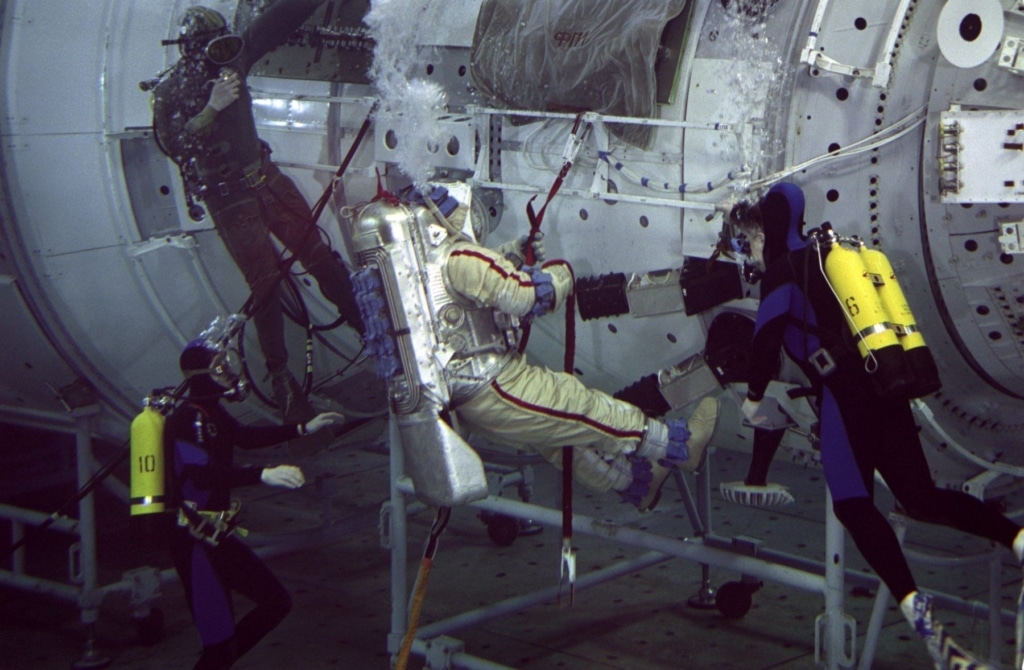 Shepherd rehearses an extravehicular activity (EVA) mission in Russia’s Hydrolab training facility. Scuba divers stand by to assist. Aquatic neutral buoyancy practice is a key component of astronaut training around the world. Credit: NASA
Since Expedition One, over two hundred astronauts and scientists have spent time on the ISS. Cool-burning flames have been studied and extinguished in microgravity. Lettuce has flourished in space. Students have peered through digital windows from their classrooms into our planet’s most distant human-operated research lab.
The station has built a foundation of knowledge about space travel’s effects on the human body. That knowledge is expanding even further thanks to identical twin astronauts Scott and Mark Kelly. Scott recently broke the record for most time spent in space, just over halfway through his year of orbital residence. Mark holds down the fort on the ground. The Twins Study includes ten independent investigations of everything from physiology to behavioral health to space-induced genetic changes. 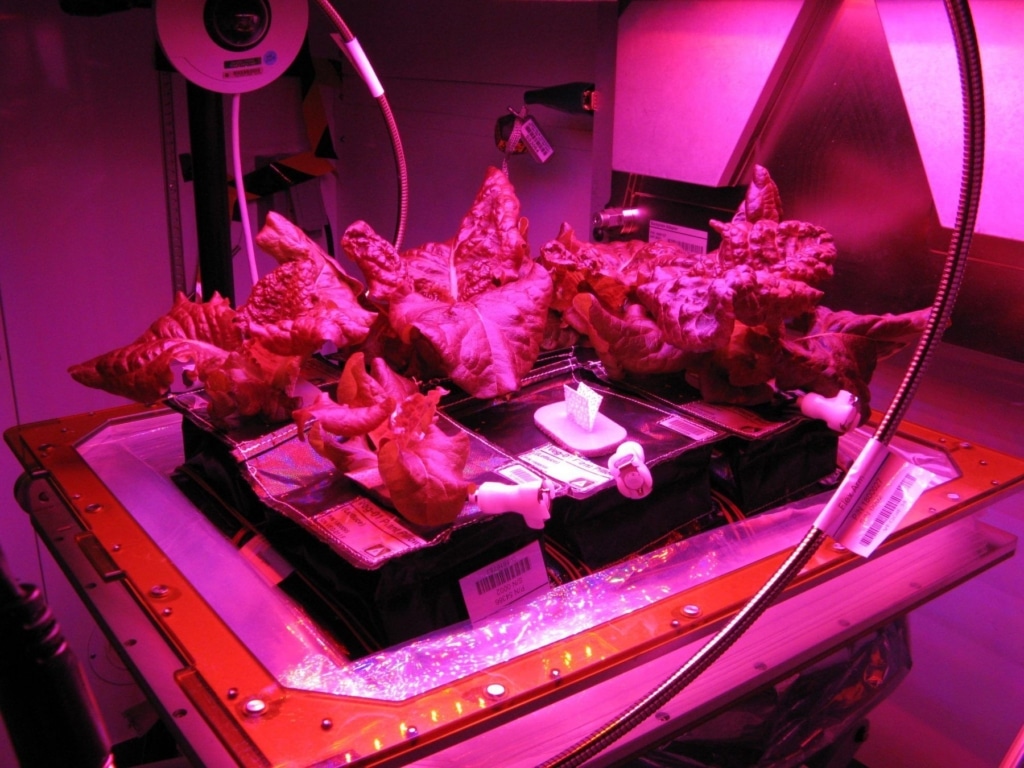 Veggie, the plant growth system used on the ISS, basks in energy-efficient LED light. Credit: NASA/Orbital Technologies
These are just a few of the many imaginative, futuristic ISS experiments bringing home big benefits. Technology driven by space-based farming research keeps produce fresh in supermarkets worldwide and aids food preservation in developing countries. Climate scientists use the unique perspective of low Earth orbit to better predict and respond to natural disasters. The Twins Study deepens our understanding of ourselves as a species. Space poses unique problems that stretch the margins of human creativity and cleverness. Rising to these challenges not only brings us closer to interplanetary travel, it also motivates life-changing science right here on Earth.