How Does Sunscreen Work?

Summer camp is underway here at AstroCamp and one of the things campers get told time and time again is to wear sunscreen. We all know that sunscreen helps prevent sunburns and skin cancer, but how? 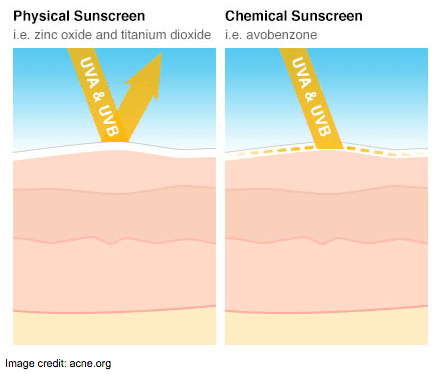 Well, sunscreen is composed of a mix of organic and inorganic compounds that work together to limit our exposure to the ultraviolet light streaming at us from the sun. The inorganic compounds, including zinc oxide and titanium dioxide, act like a bunch of microscopic mirrors, reflecting or scattering the UV light before it can reach our skin. The organic molecules absorb the UV light instead of letting our skin absorb it. Absorbing this radiation slowly breaks down the organic molecules, which is why you need to reapply sunscreen after a while. 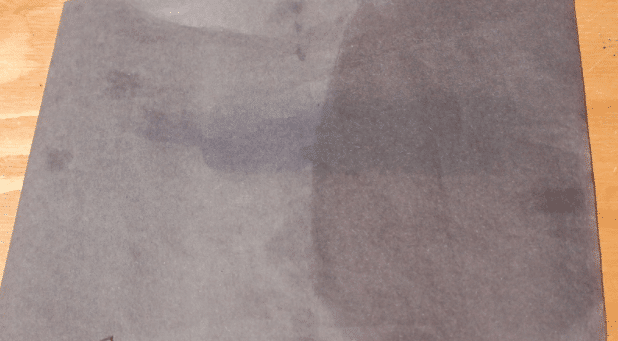 To visualize that, we put a piece of black construction paper out in the sun for a few hours. Half of the paper was covered in sunscreen and half was left blank, with the bottle crossing the border between both halves. You can clearly see that the area covered in sunscreen held its dark color much better than the side left unprotected. In fact, the area coated in sunscreen is almost as dark as the section under the bottle, which took no UV damage.
For those of you who remember our piece on bleach, you’ll know that the pigments we see come from chemicals called chromophores. Unlike in that video, however, the source of breaking up the chromophores in the paper is UV radiation. It was absorbed into the paper and broke apart the bonds in the chromophores, causing the paper to fade; this is much like how it damages our cells, causing them to potentially create defective cells which may eventually lead to skin cancer.
So remember, if you’re going into harsh sunlight, make sure you have sunscreen on.