Everyone knows that on Thanksgiving you eat lots of turkey and it makes you sleepy somehow…except that it probably doesn’t. There is a lot of information out there about this subject, and much of it seems to disagree with itself. Let’s examine the whole idea from the beginning.

Courtesy of Rutgers University
It all starts with proteins, which are large molecules that facilitate a tremendous number of different functions within living organisms like humans. Proteins are kind of like words, except instead of being made up of letters, they are built from amino acids. There are twenty different amino acids, and they make up the protein alphabet. By putting these in different sequences, proteins can be varied just like words with different combinations of letters. However, unlike words that might be ten letters long, the average protein in humans is just under 500 amino acids in length*!
One of these amino acids is called tryptophan, and it can be found in turkey! This particular amino acid is involved in a biochemical pathway that produces serotonin, which in turn produces  is often associated with positive emotions, where melatonin helps the body keep up with the day-night cycle by anticipating darkness and contributing to feelings of sleepiness. So far so good! Turkey has tryptophan and tryptophan turns into something that makes you sleepy!

The problem is that turkey doesn’t have very much tryptophan. Most amino acids come from food, and many foods have much more tryptophan than the delicious main course for Thanksgiving. Some have suggested that the unique combination of tryptophan-filled turkey and carbohydrates on Thanksgiving could help enable the tryptophan-to-melatonin pathway. While there may be some truth to this, cheddar cheese contains more tryptophan than turkey and a grilled cheese sandwich would meet the same requirement, yet somehow nobody seems to have heard of the Great Grilled Cheese Nap-ternoon Effect [not a real thing]. 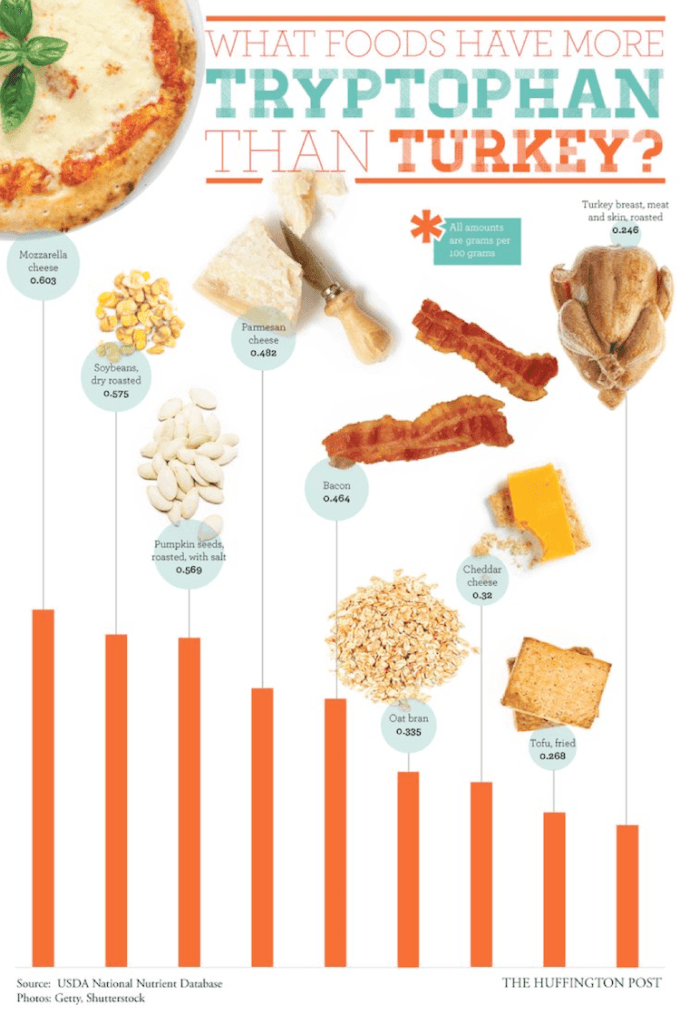 Common foods tryptophan contents compared to turkey. Source: (see above)
Still, many people can anecdotally recall just how tired they are on Thanksgiving, and this whole myth had to come from somewhere. There are likely a few contributing factors which are admittedly a little less fun and definitely sound less cool and scientific. First of all, people often feel fatigued after lunch as their bodies turn their attention to digestion, a phenomenon not unique to the holiday feast. In addition, everyone hears about how tired Thanksgiving should make them, which leads to something called the placebo effect, essentially making people tired because they think they should be.  On top of that, Thanksgiving often has the wonderful effect of bringing families together…which results in lots of travel, cleaning, discussion, cooking, and football without a lot of time for sleep. Sounds like a great recipe for a tired afternoon. 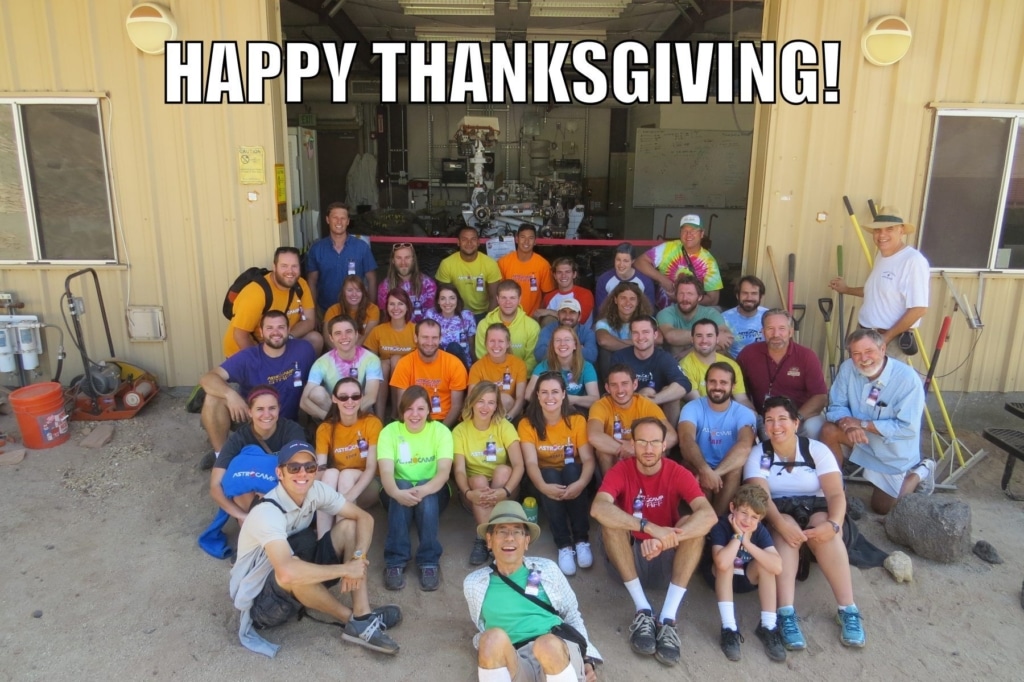 AstroCamp Staff visiting JPL earlier this year!
*How Big is the Average Protein