How to Improve Your Improv

[vc_row][vc_column][vc_column_text]“Improv. Sometimes it works, sometimes it doesn’t. But when it does, it’s like open-field running.” -Robin Williams

Improv is one of the many classes that we offer here at AstroCamp during the summer. To an outsider it might just look like a bunch of silly games, but improvisational theatre is a unique art form that mixes comedic acting with acute listening and reacting skills. Improv is hard to do well, so for those of you interested in taking it as a class this summer, here are a few essential tips:

Improv is a social art, and listening to the other actors on stage is crucial. Everything else revolves around this. Knowing what everyone else is doing and saying is the first step to being good at improv.

During a scene with other people, the goal is to continuously add things to the situation. And nothing stops this faster than somebody saying, “No.” When you deny an idea that somebody else added, you stop the momentum and take everybody out of the moment.

So say “Yes” instead. You don’t literally have to say the word, but accept what the other people in the scene are doing. 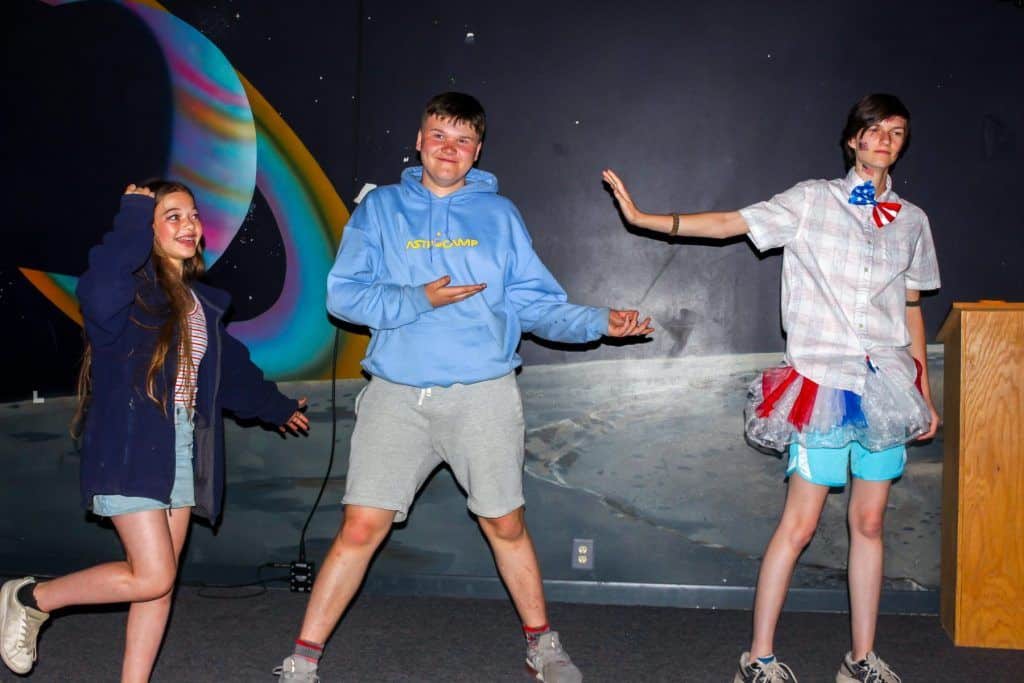 Not only should you accept what other people are adding to the scene, you should also be adding to it yourself! Give everyone else something to work with, and give them a chance to build off of you. The scene should always be evolving.

Often times, it’s tempting to be the person in the front, saying all the jokes and getting all the laughs. But if you aren’t giving the other actors their time to shine, too, then you’re doing something wrong, and those laughs will quickly fade. Instead, find ways to have a back-and-forth with the other people on stage to keep the scene going. If all the actors are sharing the spotlight equally, the audience will be way more engaged. 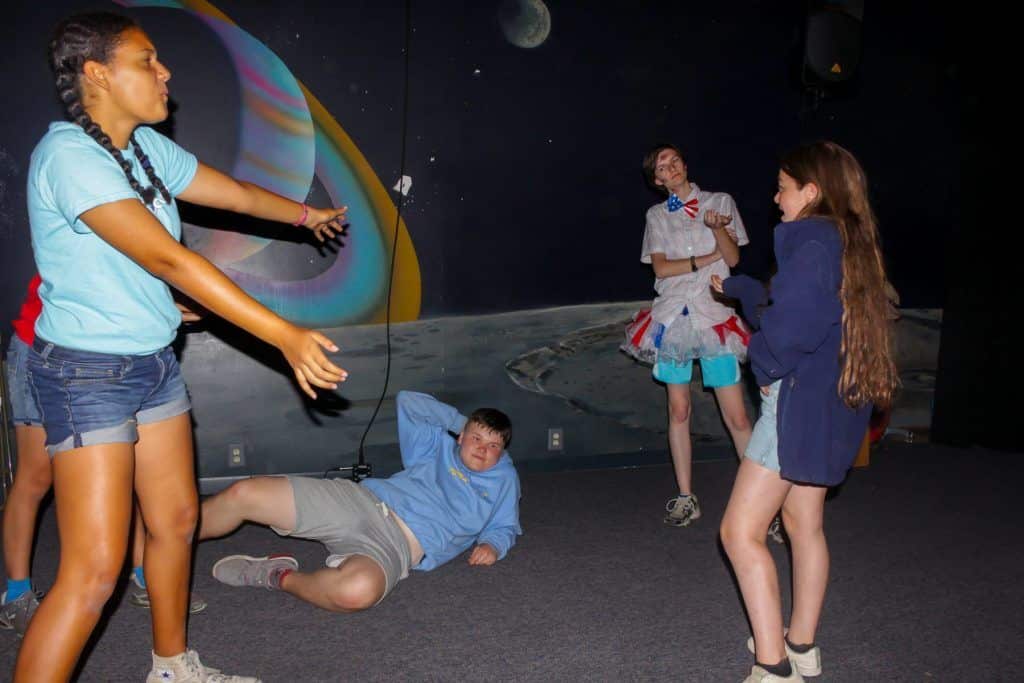 Let the Scene Play Out…

A lot of games will require “tagging out,” where one actor replaces another or will be in charge of changing the direction of the scene. Don’t be too quick with this. Let the scene play out a bit before you jump in.

…But Don’t Let it Fail

On the same note, if the people on stage seem to be struggling to continue, help them out by jumping in. Be aware of what’s going on at all times and be prepared to save a floundering partner.

Unlike traditional theatre, you cannot rehearse a specific scene during improv. But what you can do is practice doing improv, utilizing all the tips mentioned above. Nobody is going to be perfect the first time they try it. The more you do it, the better you’ll get. You’ll start to recognize pitfalls and how to avoid them. You’ll become comfortable saying “yes, and.” If you’re working with the same actors over and over, you’ll even start to anticipate what they’re about to do.

Improv is great, fun, and hilarious. If you take this class at AstroCamp, you’re sure to learn all of these skills and have a great time doing it.