???? is the ratio between the diameter and the circumference of a circle. Any circle. It doesn’t matter how big or small a circle is, this ratio is always the same. This may not seem incredibly important, but many things are circular or spherical. This results in ???? showing up in all kinds of equations in science and math.

One especially weird thing about this number is that it is irrational. Most numbers can be written as a fraction, like ⅗ or ⅔, but irrational numbers just don’t fit not matter how big the top and bottom numbers become. Computers have calculated ???? to billions of digits, and even in that expanse of numbers, no pattern seems to emerge.
???? isn’t the only irrational number. Another famous one is e which is approximately 2.71828 but similarly continues on forever with no pattern in its decimal places.  Unfortunately, “e day” is a much less celebrated hlid, probably because it doesn’t share its phonetic name with a delicious dessert. It also doesn’t have such a nice definition as ????’s simple ratio. Instead, e is the result of the the following series:

Where things get especially weird is when this numbers are put together with another famous number, i. As you may recall, i is an imaginary number, which has a value of sqrt(-1). In school, many students ask how this number can possibly be important if it is imaginary. Well, look at this:

Woah! This happens because both e and ???? are important for the mathematics of waves. To learn more, check out Euler’s formula, preferably over some pie! 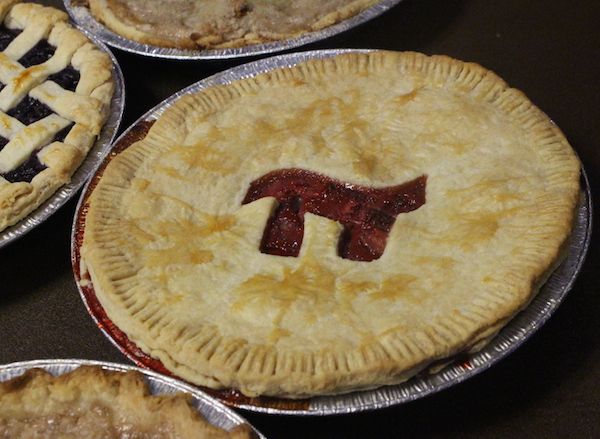 As noted previously, ???? is important because of its relationship with circles. It seems appropriate that we consume some pleasantly round delicious phonetic namesake to celebrate!
Written by Scott Alton