The 2015 Space Tech Expo is in full swing! Over 2000 people are attending the conference and festivities in Long Beach this week, including some of the biggest players in the industry like SpaceX and Boeing. With such a focus on the newest technology and ideas for space flight, we thought this would be a great time to take a look back at this exciting year in space exploration!

The past year has been an especially exciting time for those of us always looking skywards!
NASA had its first test launch of the long-awaited Orion Spacecraft back in December. The world watched as Orion sat on the launch pad, and then watched again as its launch was rescheduled due to a faulty valve. The second launch went off without a hitch and NASA scientists are still going through the data after the successful test flight. 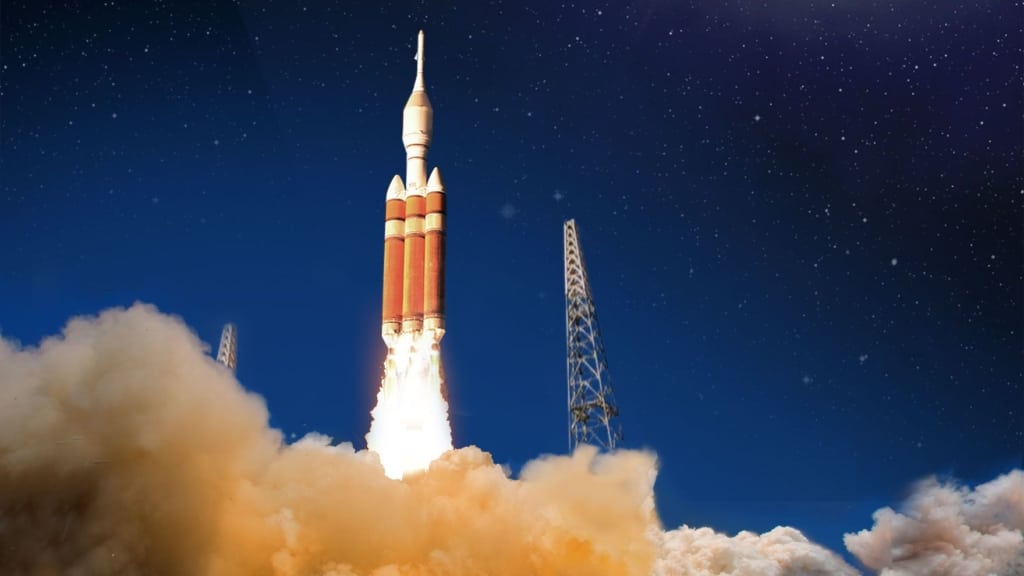 Orion launches into the early morning sky on December 5th. Credit: NASA, Kennedy Space Center
There were also a couple of notable firsts. The ESA succeeded in the incredibly delicate task of landing Philae on the surface of a comet. As the Rosetta spacecraft stayed in orbit around the comet, it unearthed new information about their makeup and origins.

Rosetta takes a selfie with Comet 67P and its Philae lander somewhere below. Credit ESA, Philae, Rosetta, CIVA
The first orbit of a dwarf planet when NASA’s Dawn spacecraft settled in above Ceres. In doing so, it revealed the now-famous mysterious white spots.

Rotation of Ceres from pictures taken by the Dawn spacecraft showing the mysterious white spots. Credit: NASA/JPL-Caltech/UCLA/MPS/DLR/IDA
SpaceX continued to really push the limits, including their attempt to reuse the Falcon 9 rocket. This was closely followed by its “Rapid Unscheduled Disassembly”….perhaps one of the best phrases for such an event ever used.

The Falcon 9 recovery ends in a “Rapid Unscheduled Disassembly”. Photos from Elon Musk
2015 has more to offer as well, with New Horizons, the fastest spacecraft ever launched, closing in on Pluto having already sent back the best pictures of it to date! New Horizons will continue its mission, making the first ever flyby of Pluto on July 14 before heading further into the Kuiper Belt in search of a new target.

This animation of Pluto from New Horizons shows a light region that might indicate the presence of an ice cap! The animation makes it look as though Pluto stays still, but in reality it wobbles due to its relatively large moon. Credit NASA, New Horizons
We also had the start of the Year in Space. Astronaut Scott Kelly went back to the ISS for his second stint. This time, he will stay for a whole year. His twin brother, Mark Kelly who was also an astronaut, will remain on the ground. After this year, they will be examined back on Earth to try to get a better idea of how space affects the human body.
Astronauts Terry Virtz and Scott Kelly show off their space suits in the Quest Airlock. Credit NASA TV
The Orion Spacecraft and Scott Kelly’s year in space have generated a lot of excitement about Mars in people from AstroCamp staff and students, to President Obama himself. Whatever happens, the future of spaceflight isn’t set in stone. It’s set among the stars.